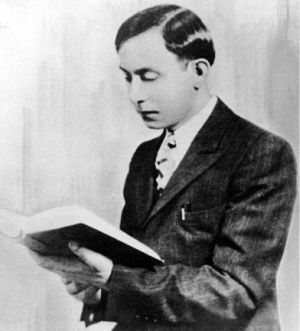 Wallace Fard, also known as W. Farad Muhammad, the Prophet, was founder the first Temple of Islam which evolved into the Nation of Islam or the Black Muslims. Authentic, documented information about Fard is very scarce and there is only a four year period (1930-1934) in which dependable information exists.

According to Fard (although there is no documentation to prove or disprove his account) he was born in Mecca to wealthy parents in the tribe of Koreish, the tribe of the Prophet Mohammad. According to FBI records Fard was born in 1891 in New Zealand. He arrived in the United States in 1913 and briefly settled in Portland, Oregon. Fard was arrested in California in 1918 for possession of alcohol (against the state law of prohibition) and again in 1926 for the possession of narcotics. After spending time in San Quentin Prison in California, Fard was released and moved to Detroit, Michigan.

Fard’s exact arrival date in Detroit is unknown, but once he arrived he made a meager living peddling umbrellas and silks door-to-door in Detroit’s African American community called “Paradise Valley.” At some point Fard began promoting a new faith he believed would liberate Detroit blacks spiritually, psychologically and financially.   He began to preach that Christianity was a false religion.  He particularly denounced “white devils” as exploiters of the black race and called on his followers to join his Temple of Islam and replace their last names with “X” in order to renounce their slave ancestry.

During this period Detroit’s burgeoning African American population was ravaged by the Great Depression. Fard’s teachings became popular solace for many in the African American community. Fard’s First Temple of Islam included the Fruit of Islam, a military-like organization of black male converts, a Muslim Girls’ Training Corps Class and a University of Islam which, despite its name, was mainly focused on elementary and high-school level education.

Fard disappeared in 1934.  One of his disciples, Elijah Poole, who became the Honorable Elijah Muhammad, succeeded Fard and by World War II had built the Temple of Islam into a network of mosques across the United States.