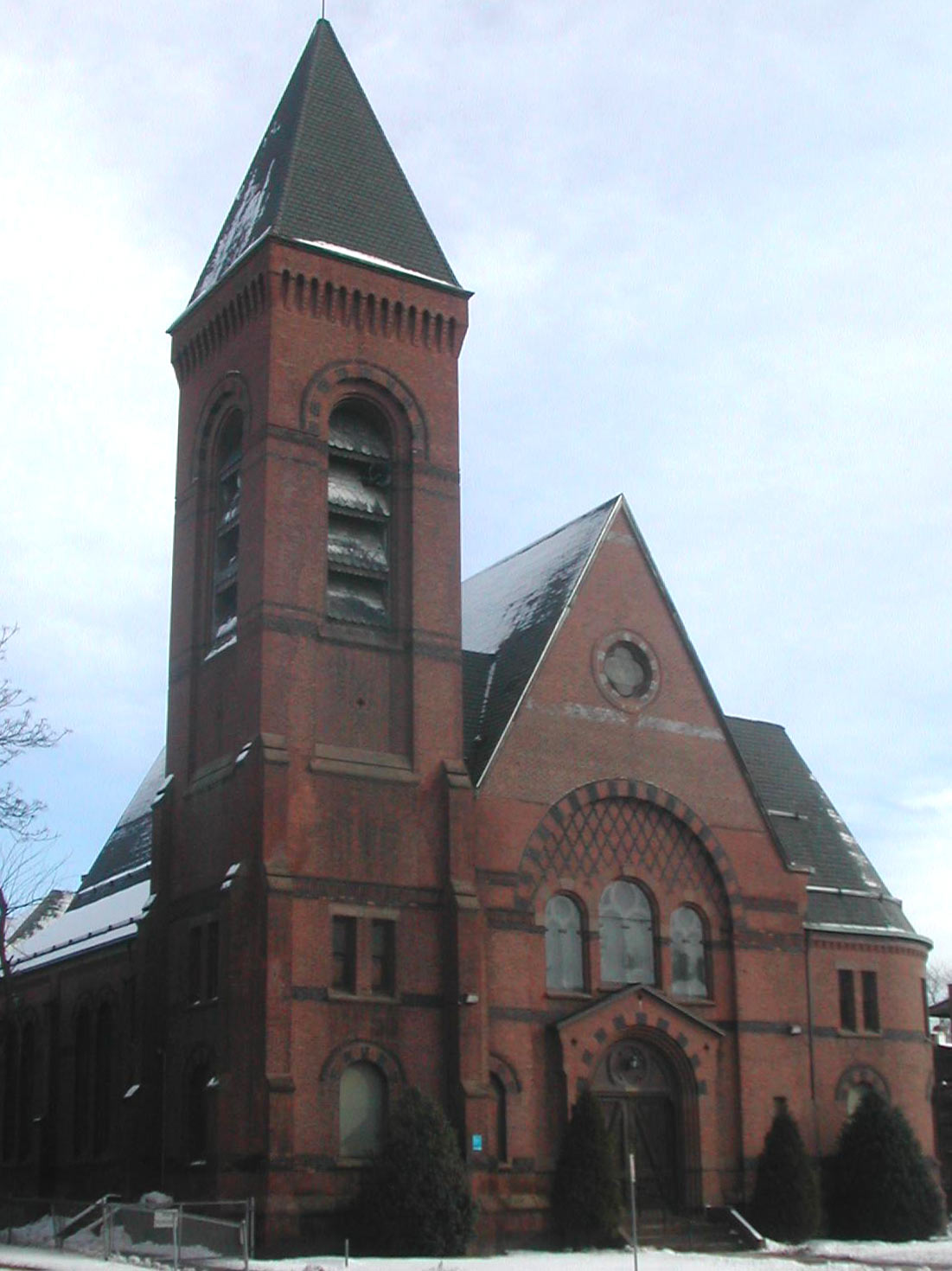 The Faith Congregational Church in Hartford, Connecticut began in 1819 as a place for African Americans to worship on their own since they were previously only able to worship in the backs of churches and in church galleries in that city. A group of African Americans began worshipping in the conference room of the First Church of Christ in Hartford, Connecticut, which is now known as Center Church. This congregation moved to a building on State Street in 1820 and formed the first black Congregational Church in Connecticut and the third oldest in the nation. The church initially called itself the African American Religious Society of Hartford and vowed to create a place of worship where there would be no assigned seating and where anyone was welcome to worship. The congregation purchased property in 1826 where it built a stone-and-brick church on the corner of Talcott and Market Streets.

By the 1830s with the rise of the New England abolitionist movement, the church building became an anti-slavery meetinghouse. Popular lecturers spoke at the church in support of abolition, including Rev. Henry Highland Garnet and Arnold Buffman, former president of the New England Anti-Slavery Society. James Pennington, an early church minister and abolitionist, was himself a fugitive slave from Maryland.  Rev. Pennington and his congregation became supporters of the Amistad slave case in neighboring New Haven in 1839-1840 and fought for the release of the captured men, women, and children and their return to West Africa. The church also raised funds for the captives’ legal defense.

The church established a school in 1840, which served as the only place in Hartford where black children could obtain an education at that time. That same year, the congregation changed its name to First Hartford Colored Congregational Church. In 1860, another name change took place; the church became the Talcott Street Congregational Church and had several pastors until Rev. Robert F. Wheeler aided in the church’s stability and growing membership in 1886. Eventually the congregation outgrew the church building, and the one-story building was torn down to create a new two-story building in 1906.

Faith Congregational Church celebrated its 185th anniversary in 2004 and recognized that although its name and location has changed many times, it has served the same families over decades and remains committed to the same purpose.  Now celebrating 195 years of history, it remains a welcoming and inclusive church.