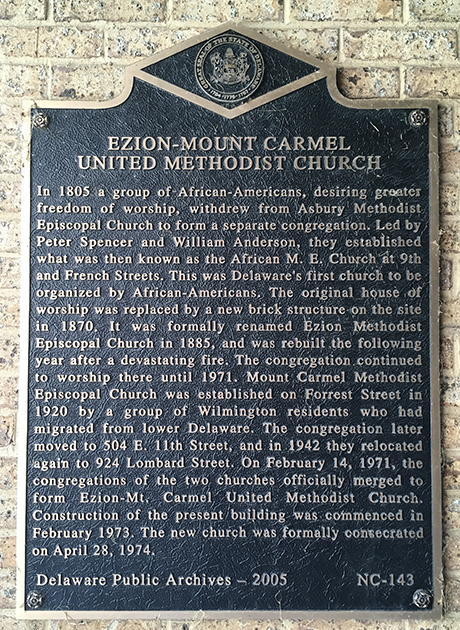 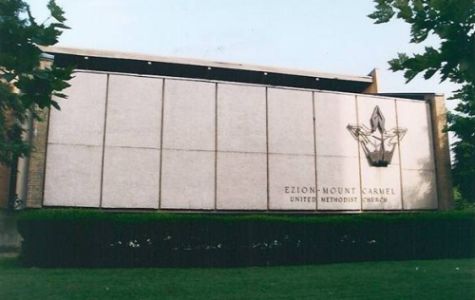 Ezion was founded in 1789, the year George Washington was inaugurated as the first President of the United States. It evolved from Old Asbury Methodist Church in Wilmington.  Old Asbury was founded by Bishop Francis Asbury, widely considered by many to be responsible for the birth of Methodism in the United States. The church congregation at the time of its establishment in 1789 was racially integrated with 43 white members and 19 black members. The black congregants, however, were confined to the balcony during church services.

Dissatisfied by the restrictions imposed upon them, a number of black parishioners, led by Peter Spencer and William Anderson, formed a separate church which they called the African Union First Colored Methodist Protestant Church.  They bought a lot in November 1789 at the corner of Third and Walnut Streets in Wilmington. For several decades, the Church remained under this name until it was formally renamed Ezion Methodist Episcopal Church on March 31, 1885. The following year, a horrendous fire severely damaged the church. In spite of such a misfortune, the church was quickly rebuilt later the same year.

Mount Carmel Methodist Episcopal Church was founded and established on Forrest Street in 1920 by a group of black Delawareans who migrated to Wilmington from the southern part of the state.  The church was led by the Reverend G.B. Coleman. More than two decades later, in 1942, his successor, Reverend J.E. McBride, a local minister, moved the church to 14th and Claymont Streets. Throughout the 1950s and 1960s, the church held the Wilmington community’s attention for the elaborate and colorful religious programs it sponsored and presented to the public.