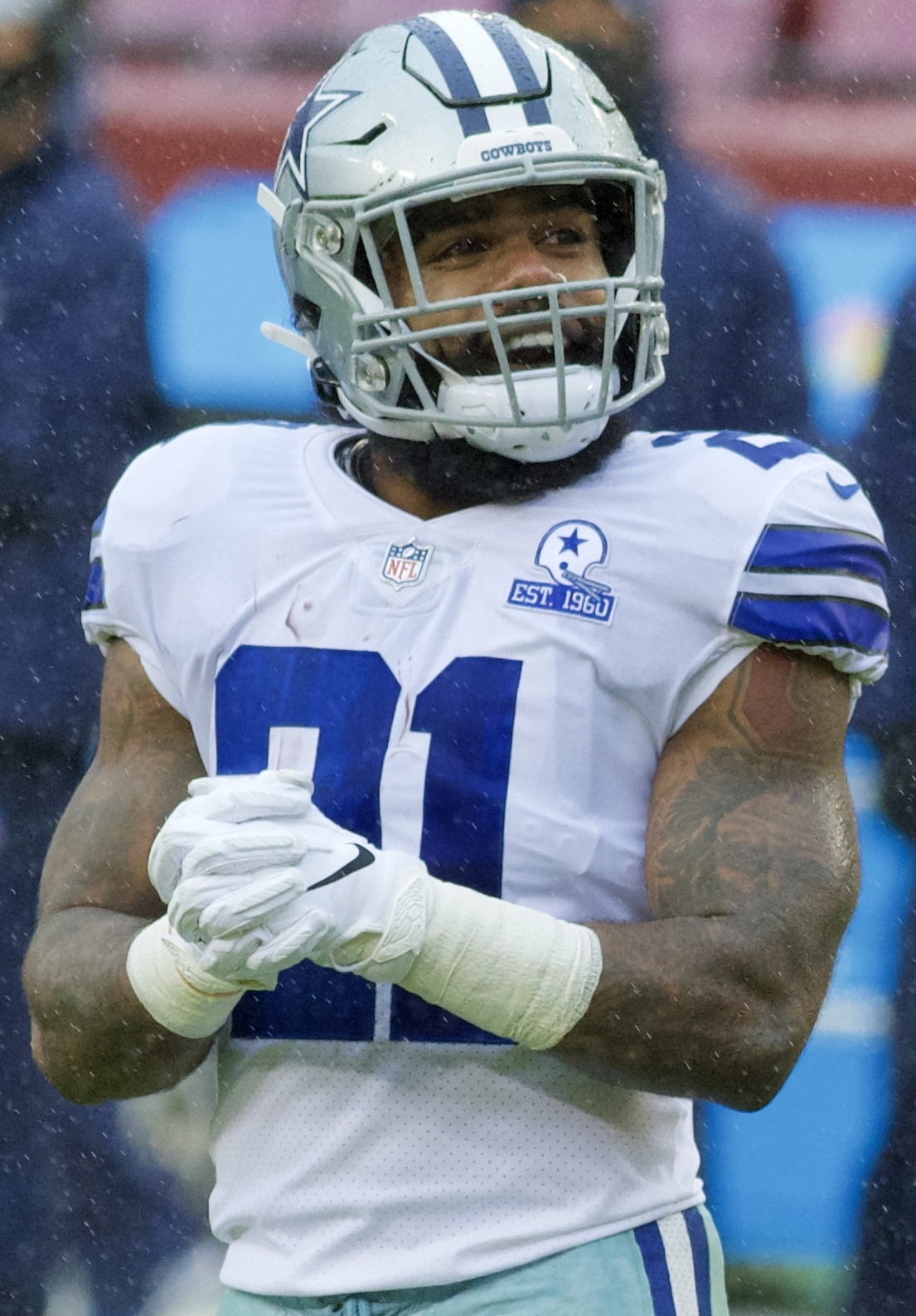 Ezekiel Elijah Elliot is a running back who plays for the Dallas (Texas) Cowboys in the National Football League (NFL). Elliott was born on July 22, 1995 to his mother, Dawn Huff Elliot, and his father, Stacy Elliot in Alton, Illinois. Elliott attended John Burroughs School in Ladue, Missouri where he was on the school’s football, basketball, and track teams. Elliott played the running back position for the football team.

During his junior year in 2012, Elliott was named St. Louis Post-Dispatch athlete of the year when he rushed for 1,802 yards and 34 touchdowns along with receiving 23 passes for 401 yards and six scores. During his senior year, he had 3,061 all-purpose yards, 50 total touchdowns, 2,155 rushing yards, and 40 rushing touchdowns. He led the football team to three Missouri state championships games although the team lost in all three games. Elliott had an opportunity to played in the 2013 U.S. Army All-American Bowl which focused on the best high school football players from across the nation. Ezekiel Elliott graduated from John Burroughs School in 2013.

After graduating high school, Elliott attended Ohio State University in Columbus, Ohio where he played for the Ohio State Buckeyes football team. During his freshman year, he was a backup to starter running back Carlos Hyde where he rushed for 262 yards on 30 carries. During his sophomore year, Elliot became starter running back for the Buckeyes. During that season he was named to the Academic All-Big Ten Conference Team. Elliot rushed for at least 100 yards six times during that season.

Elliott would forgo his senior year and declared himself for the 2016 NFL Draft. He was selected by the Dallas Cowboys as their fourth overall pick. During his time playing in the NFL, Elliot would become a three-time Pro-Bowler, first team All-Pro, and two-time NFL rushing yards leader. In June 2020. Elliott was diagnosed with COVID-19 but later recovered. In August 2020, Elliott became as shareholder of OnCore Golf Technology, Inc, a company that manufactures golf balls based in Buffalo, New York.