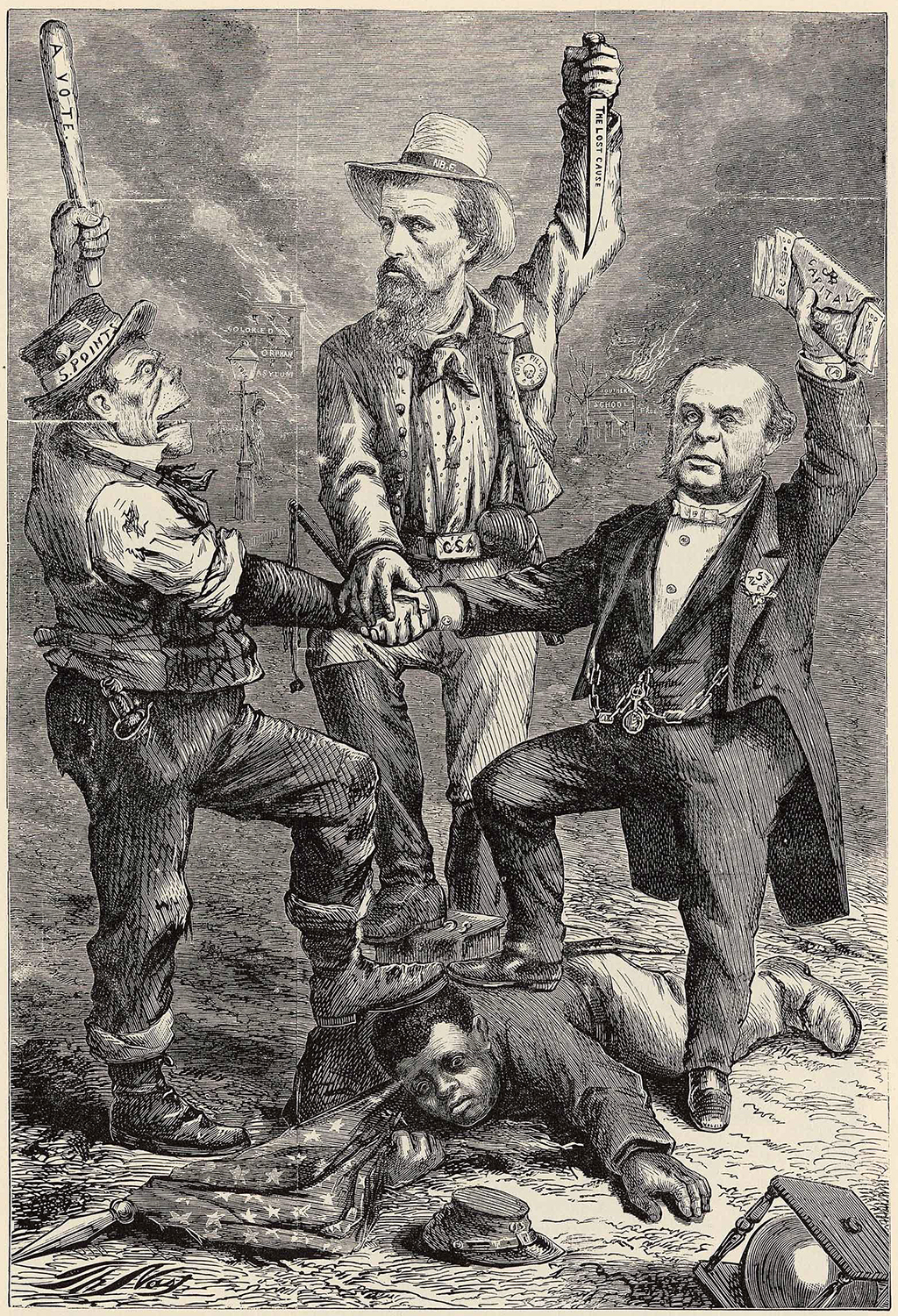 The Camilla Massacre was aftermath of a political rally in Mitchell County, Georgia, that ended with numerous participants killed and wounded in the town courthouse square. Following the Georgia Constitution of 1868, thirty-three African American men, all Republicans and often called the Original 33, were elected to the Georgia State Assembly, during the early years of Reconstruction. They were some of the first African American state legislators in the United States. After the election, the white Democratic majority in the legislature conspired to remove all black and mixed-race members from the Assembly.

The Original 33 were subsequently expelled on September 3, 1868. Southwest Georgia Representative Philip Joiner, one of the expelled members, made plans for a march and rally to be held on the courthouse square in Mitchell County, roughly twenty-five miles away to protest the expulsion. The march began on the morning of September 19, 1868, in Albany, Georgia. In each passing town, more people joined the march, until there were almost three hundred men, both black and white. They carried guns and weapons with them into the town of Camilla and were met by local sheriff, Mumford S. Poore and a citizens committee. Poore warned the participants to surrender their guns or they would be met with violence in the town square even though it was customary and legal to carry weapons at the time.

The marchers refused and continued into the courthouse square for the rally. Local whites who gathered were quickly deputized by Poore before the marchers arrived and stationed themselves in town storefronts. As the marchers entered the square, they were fired upon from all directions. The participants retreated into the swamps outside the town, but at least fifteen were killed and another forty were wounded. Joiner survived the attack and later gave testimony to the Freedman’s Bureau. Over the next few weeks, white men from Camilla proceeded through the countryside beating and warning blacks that they would be killed if they voted in the next election. The intimidation significantly reduced the Republican vote and none of the Original 33 returned to the Georgia Assembly.

In 1998, 130 years later, the Camilla Massacre was officially publicly recognized by the residents of Camilla.