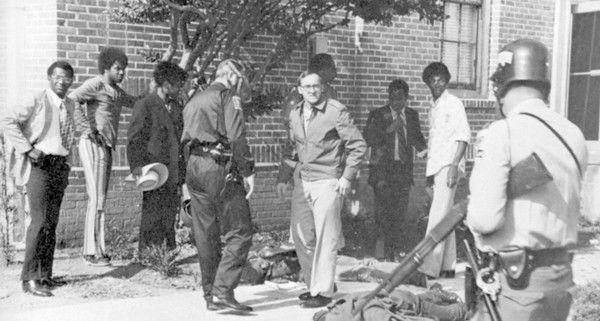 Southern University and Agricultural & Mechanical College, in Baton Rouge, Louisiana, is the largest historically Black college in the state of Louisiana. In 1970, over 10,000 Black students attended the university. Although the school president and most of the administration were Black, the university itself was under the control of the Louisiana State Legislature. The state spent only half as much money on the Black students and their facilities as they did on the white students in predominantly white colleges and universities.

The students of Southern University had endured low-quality food, inadequate funding, and overcrowded and improper housing. That included worn out and torn mattresses in such bad shape that many opted to sleep on the floor instead of the beds in their dormitories. Students also wanted more courses on African American history and culture and a separate, Black-controlled board of trustees. By November 1972, in an attempt to present their grievances about campus conditions to the university administration, the students formed an organization, Students United, led by Rickey Hill and Fred J. Prejean. For over a month, the students boycotted classes and held demonstrations on campus. Southern University had a very large football following, and during one game, student protesters took over the field and stopped a game.

Louisiana Governor Edwin Edwards ordered the campus closed, citing safety reasons, and sent in members of the National Guard, and local police officers. Initially, they followed students across campus and used intimidation tactics to stop the protests. Four students were arrested in the early hours of November 15, and the officers left the campus. On the morning of November 16, the student organization met with the university president, Dr. G. Leon Netterville, and asked him to go to the police and ask for the release of the arrested students. Dr. Netterville agreed and told the students that they could wait for his return in his office. Meanwhile, other students set fire to the registration office and other university buildings. Although Dr. Netterville left the campus, an unknown caller alerted the police that the university president was being held hostage by the students in his administration building.

Over 300 police and National Guard officers arrived on the campus in full riot gear and with a tank. They surrounded the administration building and ordered the students to come outside. As the students began to emerge from the building, the officers launched tear gas canisters at them. One student threw the canister back in the direction of the officers, and shots were fired from the tank and from the surrounding officers. When the smoke cleared, two students, Leonard Brown and Denver Smith, were dead. The coroner, Hypolyte Landry, reported that the students were the victims of either buckshot or shrapnel. No officer was ever charged with the crime.

Netterville resigned after the shooting. In 1975, a separate board of trustees was created to govern the university. In 2017, Southern University awarded both Brown and Smith posthumous degrees. A PBS documentary, Tell Them We Are Rising: The Story of Black Colleges and Universities, was released in 2017, detailing the student movement at the southern colleges and the violence at Southern University.