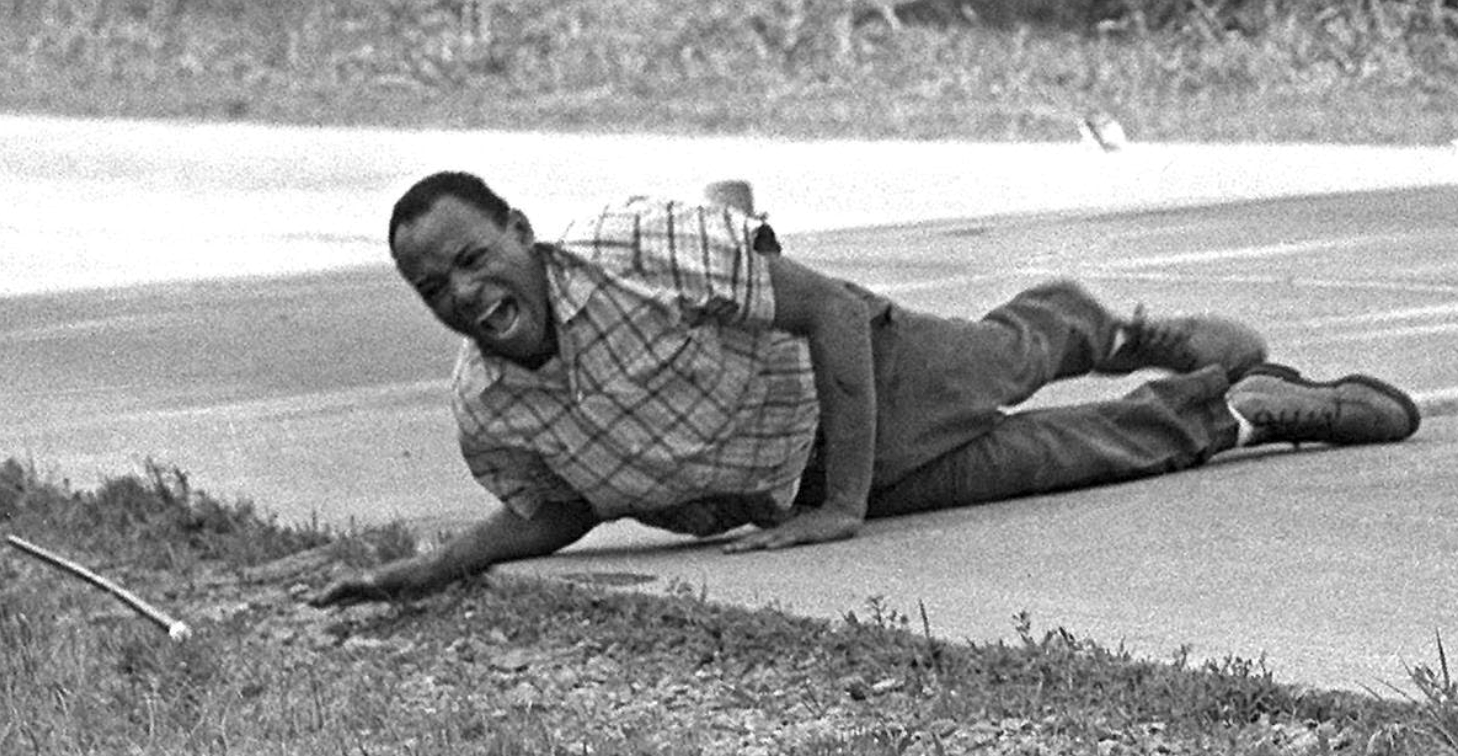 The “March Against Fear” began on June 5, 1966, and was initiated by civil rights activist James Meredith. Four years earlier he had become the first African American student to integrate the University of Mississippi by enrolling there in 1962.

Meredith decided to protest the racial violence in his home state by engaging in a 21-day solitary march down U.S. Highway 51 from the Peabody Hotel in Memphis, Tennessee, to the Mississippi State Capitol in Jackson, a total of 270 miles. He hoped the march would spur political education and subsequent voter registration among Mississippi’s African Americans.

Despite the history of violence against African Americans generally and specifically civil rights activists in Mississippi, Meredith decided to walk without the support of other civil rights activists or protection from local police or the U.S. Justice Department. Soon after crossing the state line between Tennessee and Mississippi, on the second day of his march, June 6, Meredith was shot and wounded by James Aubrey Norvell, a white sniper. Unable to continue the march, he was taken to a Memphis hospital to recover from his injuries.

Meanwhile, major civil rights leaders including the Rev. Dr. Martin Luther King Jr., (SCLC), Floyd McKissick (CORE), and Stokely Carmichael (SNCC) decided to continue the march with the Deacons for Defense and Justice providing armed security. Other organizational participants included the Mississippi Freedom Democratic Party (MFDP) and the Medical Committee for Human Rights (MCHR) as well as white leaders such as UAW President Walter Reuther who brought 10 buses of union supporters. Roy Wilkins of the NAACP was originally scheduled to participate, but withdrew when he learned the Deacons for Defense would protect the marchers.

The march continued as individuals from across the nation joined. Marchers were fed by Black community supporters and occasionally by sympathetic whites such as the Holy Child Jesus Catholic Church in Canton, Mississippi. They stopped at Tougaloo College, a historically Black institution just north of Jackson, where they were entertained by James Brown, Dick Gregory, Sammy Davis Jr., Burt Lancaster, and Marlon Brando. James Meredith rejoined the march on June 25, the day before the marchers entered Jackson. By that point they had grown to more than 15,000 participants, making this the largest civil rights protest in Mississippi history. The marchers arrived at the state capitol on June 26. By then they had registered more than 4,000 new voters, particularly in the overwhelmingly Black Mississippi Delta counties.

Despite the apparent success of the March Against Fear, it is primarily remembered today as the event that ushered in the Black Power Movement. On Thursday, June 16, when the marchers reached Greenwood, Mississippi, the simmering tension between nonviolence advocates such as Martin Luther King and those who challenged that philosophy such as Stokely Carmichael, finally became public when Carmichael, after being arrested by local police, rejoined the marchers. Taking the speaker’s platform at a local park, Carmichael argued that Blacks must reject racial integration and develop their own political and economic resources without white assistance. He then called for “Black Power.” The speech, televised to a national audience, marked the beginning of a dramatically new phase in the struggle for racial justice.