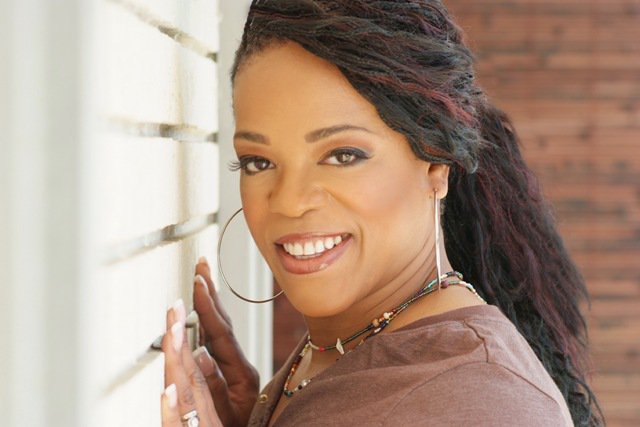 Iconic disco era singer Evelyn King was born on July 1, 1960, in New York, New York to Johnniea and Erik King. Her father sang with doo wop groups at the Apollo Theater and her mother managed an R&B group called Quality Red. King sang in church with her seven siblings, and often performed as a back-up singer for cover groups when she was a teenager. One night while helping her mother clean offices at Philadelphia International Records, King was overheard singing by producer Theodore “T.” Life. Impressed by the maturity in King’s voice, as she was only fourteen years old at the time, he began coaching her. She was eventually offered a contract with RCA Records, and a production deal with Life’s Galaxy Productions.

King was so young when she began her career, the name “Champagne” was added as her stage name to help add to her appeal as an older singer. She was seventeen years old in 1977 when her debut album, Smooth Talk, was released. The album included the singles “I Don’t Know If It’s Right,” which peaked at no. 23 on the R&B chart and “Shame,” which peaked at no. 9 on the R&B charts. Both the single, “Shame” and the Album, Smooth Talk, were certified gold after selling over 500,000 copies in the U.S. Her second album Music Box (1979) was also certified gold.

The third album, Call On Me (1980) and fourth album, I’m In Love (1981), had chart topping singles, but did not achieve the same status as the first two. Her fifth album, Get Loose (1982) included the single “Love Come Down,” which achieved silver status on the British charts, after selling over 60,000 copies in the country, while the album received gold certification in the United States. Throughout the 1980s, King released five more albums: Face to Face (1983), So Romantic (1984), A Long Time Coming (1985), Flirt (1988), and The Girl Next Door (1989), and had a single from each album that remained in the top ten of the Billboard charts. She parted ways with RCA in 1986, and signed with EMI, a division of Capitol Records. King.

In the 1990s, King released only one album, I’ll Keep a Light On (1995), with Expansion Records, a British record label. It took another twelve years before King released Open Book (2007), her 12th studio album, under Big Day productions. The album featured the single, “The Dance,” which peaked at no. 12 on the Hot Dance Club Play chart. Along with her brother Johnny, King released the single, “Dance All Night,” in 2016.

King had a daughter in 1987 who was born with brain damage and died just two years later. She married smooth jazz guitarist Freddie Fox in 1990 and has released a total of ten compilation albums. During a 2006 tour, King had a major health scare that resulted the discovery of a previously unknown fibroid tumor. She has been involved with several television show productions and has toured over 40 years. She is especially popular on cruise ship Disco/1970’s themed tours.