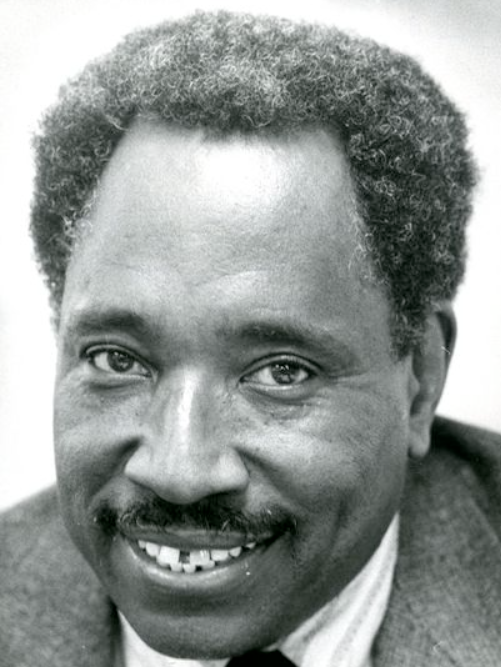 Dexter Dillard Eure Sr., pioneering black newspaper columnist for the Boston Globe, was born in Suffolk, Virginia, an only child to Luke Eure and Sarah Sharpe. His father left the family when he was an infant and his mother died when he was 12. Eure spent the rest of his young life going back and forth living with extended family members and friends in Suffolk and Philadelphia, Pennsylvania.

After graduating from high school in Philadelphia in 1942, Eure went to what was then West Virginia State College (now University) where he earned a Bachelor of Science degree in mechanical engineering.  He got a few store advertising jobs after graduation including one at Macy’s in New York City, New York and another at Stop & Shop in Boston, Massachusetts.

Eure was drafted into the U.S. Army during the Korean War and was stationed at Fort Hood, Texas when he met his future wife, Marjorie Ann Lowe. They were married in 1952 when he came back from Korea and settled in Sharon, Massachusetts.  The marriage eventually ended in divorce but not before they raised three sons, Dexter D. Eure Jr., David D. Eure, and Philip K. Eure.

When Eure returned from Korea he got a series of jobs in advertising for newspaper publishers and a chain of food markets.  He also was a commercial artist for different firms and had his own advertising business. Eure took a job in the circulation department for the Boston Globe in 1963 and served as the public relations director of the Boston Branch of the NAACP starting the same year until 1964. After the murder of Dr. Martin Luther King Jr. in 1968 Eure left the circulation department to become an assistant to Globe editor Thomas Winship. Winship gave Eure a column in the newspaper to add a different perspective to the paper’s coverage. Eure became the first black columnist in the history of the Globe.  In 1971, he was promoted to director of community affairs.

Eure worked for the newspaper for 25 years and even after retiring in 1988 he continued to retain a seat on the board of the Boston Globe Foundation. Eure fought for civil rights, social justice, and against workplace inequality in his columns for the Boston Globe. He criticized the small number of African Americans in the white-collar workforce and advocated for more management jobs to go to African Americans. He especially called out his own industry, writing columns about the low number of African American reporters, commentators, and news anchors in newspapers, radio stations, and television stations across the nation. He called for increased hiring of African Americans as well as Latino and Asian American reporters.

Dexter Dillard Eure Sr. died on July 2, 2015 due to complications from dementia at the Presentation Rehabilitation and Skilled Care Center in Brighton, Massachusetts. He was 91 years old.