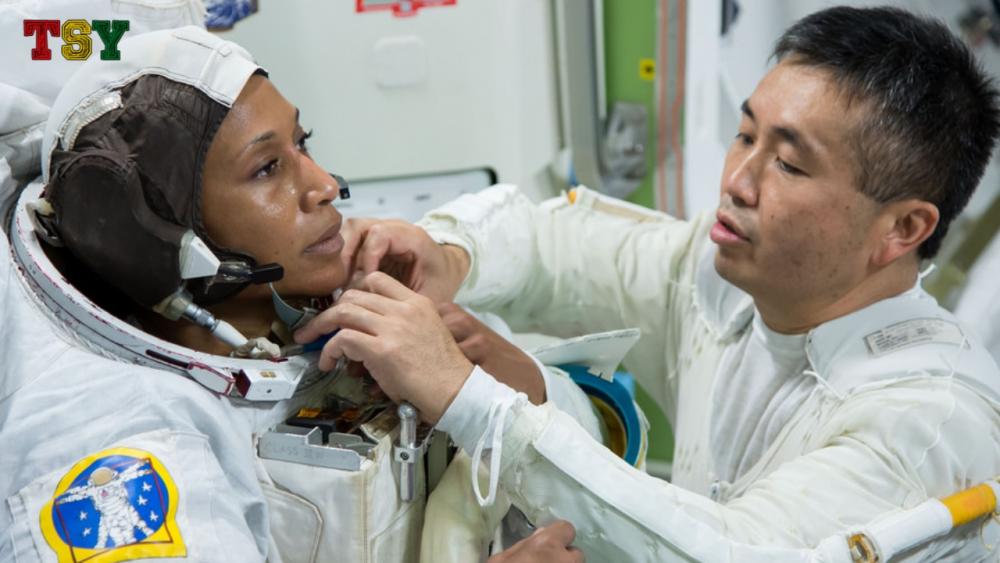 On November 3, 1970, in Syracuse, New York, Jeanette J. Epps was born to parents Henry and Luberta Epps. She was born, with her twin sister, Janet, as the youngest of seven with two other sisters and three brothers. Epps graduated from Thomas J. Corcoran High School in Syracuse in 1988. She attended LeMoyne College and graduated in 1992 with a Bachelor of Science in Physics. She then received her Master of Science in 1994 and Doctorate of Philosophy in Aerospace Engineering in 2000, both at the University of Maryland.

As a child, Epps was always interested in science and math, and dreamed of working for NASA. At 16, she was a pathology intern at the New York Science Center. During graduate school, Epps was a NASA Fellow from 1996 to 1999, where she researched composite swept-tip beams testing, analyzed models and data for shape memory alloys, and applied shape memory alloy actuators to track helicopter rotor blades. After she graduated from grad school, she worked at Ford Motor Company for two and a half years as a Technical Specialist in their scientific research laboratory. Her work at Ford resulted in U.S. granted patent from researching automobile collision location detection and countermeasure systems.

In 2003, Epps joined the CIA in Iraq for four months as a Technical Operations Officer, where she looked for weapons of mass destruction. She worked with the CIA for a total of seven and a half years as an analyst of foreign weapon systems. She then entered the agency’s Directorate of Science and Technology, developing operations that allow the collection of technology-related intelligence data for the US government.

Throughout the years, Epps continually followed NASA’s program in selecting new astronauts, but worried about not being picked. Putting aside her fear, Epps applied to the program and on June 23, 2009, she received a call confirming she was selected for NASA’s next group of astronauts. After Astronaut Candidate Training, Epps participated in NEEMO (NASA Extreme Environment Mission Operation), studied geology in Hawaii and immersed herself in the Russian language in Moscow, Russia. She also continued spacewalk training (EVA), robotics and T-38. She worked on crew efficiency on the space station as a representative to the Generic Joint Operation Panel, as well as other topics. Epps also worked as a Crew Support Astronaut for two expeditions and as lead CAPCOM (Capsule Communicator) in mission control.

Epps has received the Exceptional Performance Award in 2003, 2004, and 2008. In 2012, she was inducted into the Department of Aerospace Engineering, Academy of Distinguished Alumni, at the University of Maryland. Her other awards have included the Johnson Space Center’s Director’s Innovation Group Achievement Award to Improving Efficiency on the ISS Team in 2013 and the Glenn L. Martin Medal from the A. James Clark School of Engineering at the University of Maryland in 2014. She was also given an honorary Doctorate of Humane Letters from LeMoyne College in 2016. Epps belongs to the American Institute of Aeronautics and Astronautics (AIAA) and the Society for Science and the Public.

Epps was assigned to Expedition 56 and Expedition 57 to serve as Flight Engineer, which launched in June 2018.