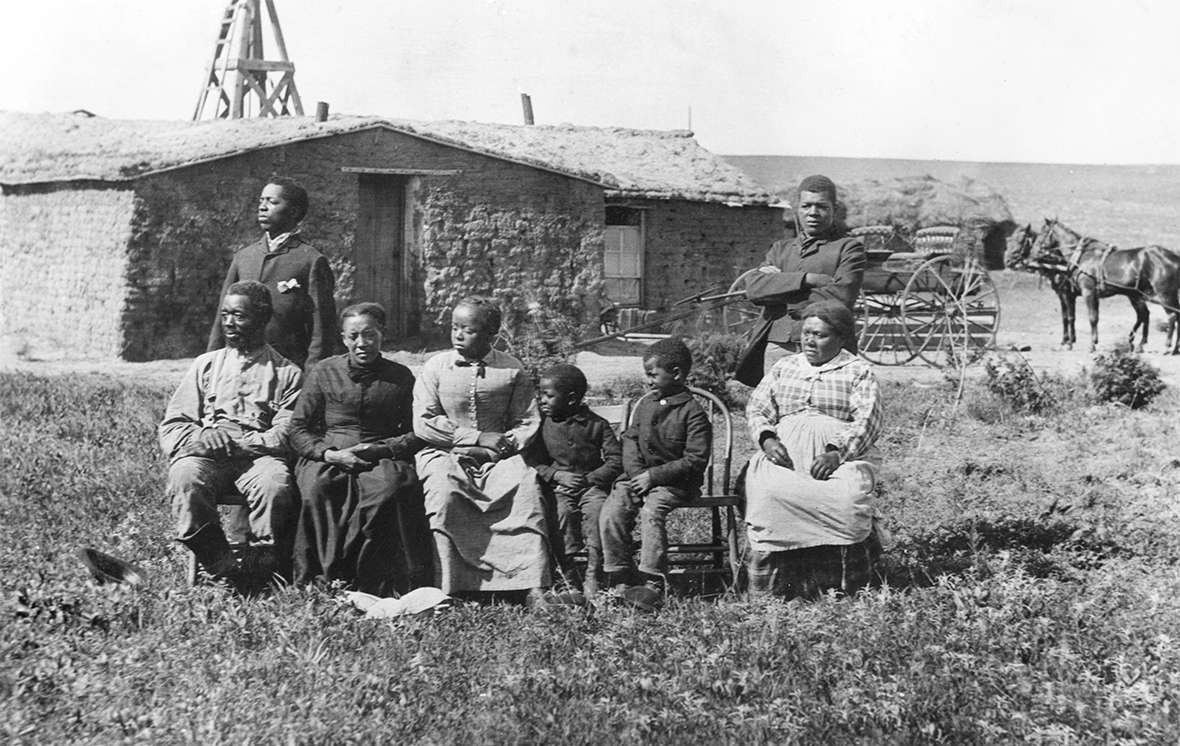 Empire, Wyoming was an African American community founded in 1908 by Charles and Rosetta Speese along with three of Charles’ brothers—John, Joseph and Radford—and their families. John’s brother-in-law, Baseman Taylor, and relative, Otis Taylor, also joined the settlement. The families migrated from Nebraska. With the sale of their land in Nebraska and a $10,000 inheritance from an the Speese’s uncle, Josiah Webb, the men purchased about 800 acres of land near Torrington, Wyoming on the Nebraska-Wyoming state line. This land became Empire, Wyoming.

Residents of Empire successfully established their own public school in 1909 with the help of a Wyoming law stating that school districts could build a separate facility with fifteen or more non-white school-aged children. The school was assigned Sallie Thistle, a young black teacher from Cheyenne, who boarded with one of the Speese families.

In 1911, Baseman’s brother Russell Taylor, an ordained Presbyterian minister and teacher, arrived in Empire with his wife, ten children, and mother-in-law, becoming the community’s leader as a teacher, preacher, and postmaster. Empire’s population had reached nearly fifty citizens at this point. The settlement at its peak would have sixty-five black-owned farms.

A post office was established in Empire in 1912 followed in 1916 by a new larger building for the already established Grace Presbyterian Church. Although it was an all-black community, all establishments in Empire were open to the general public with no regard to race despite segregation and miscegenation laws in the ‘Equality State’.

Empire farmers, with no access to irrigation, were forced to use dryland farming techniques. Joseph Speese, however, experienced success with potatoes, the primary crop in Empire. Townspeople said he “raised more Irish potatoes than many of the farmers under irrigation.” He also grew sweet corn, popcorn, millet, cucumbers, muskmelon, and field peas that all won blue ribbons at the Goshen county fair.

Racism, however, proved a bigger challenge. Five African American men were lynched in Wyoming between 1904 and 1920. Anytime neighboring white farmers discovered something missing, the black community was blamed. Torrington courts were prejudiced as well prompting John W. Speese to become an attorney for Empire’s citizens.

Racism hit its high with the lynching of Baseman Taylor in 1913. Baseman had become paranoid and threatening prompting his family to request that he be sent to the Wyoming Hospital for the Insane for treatment. Baseman did not resist when taken into custody, yet the Goshen County sheriff, M.A. Hayes, used excessive force causing a head injury for Taylor which resulted almost immediately in seizures. With no jail in the new county, prisoners were kept at the Torrington Hotel. Baseman was shackled, hands and feet, to a bed where other prisoners and hotel guests witnessed him beaten, burned, choked, pinched, and abused. Baseman Taylor died at the hotel after three days of torture by law enforcement. Taylor’s death was clearly a lynching but reported as resulting from preexisting medical conditions.

African Americans who founded and later migrated to Empire hoped to secure political and civil rights in an economically self-sufficient community as well as safety and security for themselves and their families free from racism. Wyoming at that time provided neither safety nor security. By 1920, the population had declined to twenty-three and by 1930, only four blacks remained in Empire, Wyoming.