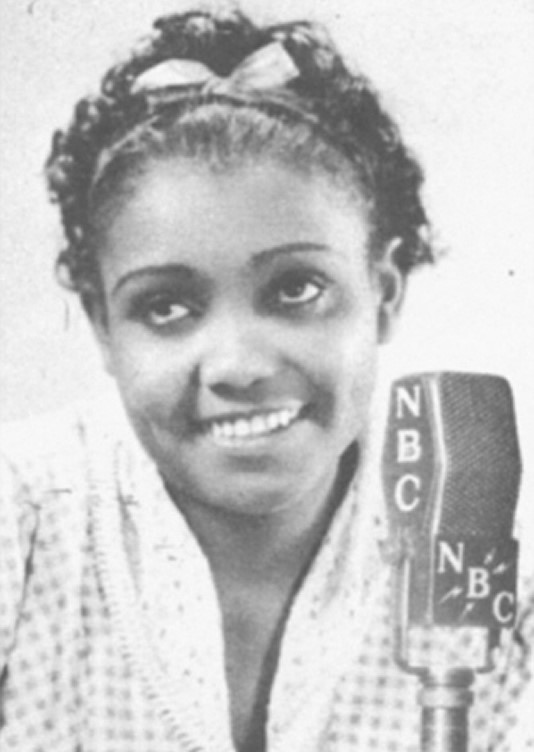 Ruby Elzy was a singer and actress, born February 20, 1908 in Pontotoc, Mississippi. Her father Charlie Elzy left the family when Elzy was three years old. Her mother Emma Elzy worked three jobs to support Ruby and her three siblings. She was a teacher at a colored school, picked cotton, and did laundry for local white families.

Elzy, only the second generation out of slavery, grew up in poverty, and often had to help her mother with her laundry job. Known for singing while she worked, Elzy described it as a way to get away from life’s hardships. She had her first public performance at the age of four in her church.

Elzy enrolled in Rust College in 1926 and the following year was spotted by Dr. Charles Chester McCracken, a visiting white professor from Ohio State University.  Impressed by her singing, he persuaded her to transfer to Ohio State the following September. There she was a part of the choir under the direction of Dr. Royal D. Hughes, who taught her to read and write music. Elzy did face some racism in the classroom, including having to sit in the back of the choir after three Texan students refused to sit near her. However, a month later, the three apologized and said they would be honored to sit next to someone with her voice. Elzy graduated from Ohio State in 1930, at the top of her class in the music department. She then enrolled at Juilliard in New York City, New York, to study for two graduate degrees in music.

At Juilliard, Elzy sang in a choir directed by J. Rosamond Johnson, co-author of “Lift Every Voice and Sing,” the Negro National Anthem. In 1933 the choir sang for the film The Emperor Jones, with Elzy playing the role of Dolly alongside Paul Robeson. In 1935, the screen writer from The Emperor Jones recruited Elzy to play a main role in the opera Porgy and Bess. Critics loved her performance, thus launching her career.

Elzy sang in other plays and appeared on radio shows, and even landed a part time role on NBC’s The Melody Master. She graduated from Juilliard in 1934 and made her concert debut in 1936 with George Gershwin and the New York Philharmonic. In 1937, First Lady Eleanor Roosevelt invited Elzy to sing at the White House. The same year she sang in the New York City Town Hall.

In 1941 Elzy starred in the movie Birth of the Blues, and the following year she began a tour as Serena in Porgy and Bess.  Also in 1942, she first spoke out about racism, in the December issue of the Christian Advocate. She stated that she believed prejudice was based on fear and misunderstanding of the black race.

Elzy had no children but was married twice, first to Gardner Jones, a journalist. Their marriage lasted five years before ending in divorce. She then married Jack Carr, a singer and their marriage lasted until her death on June 26, 1943 due to a complication during the removal of a benign tumor. Elzy died in Detroit, Michigan at the age of 35.