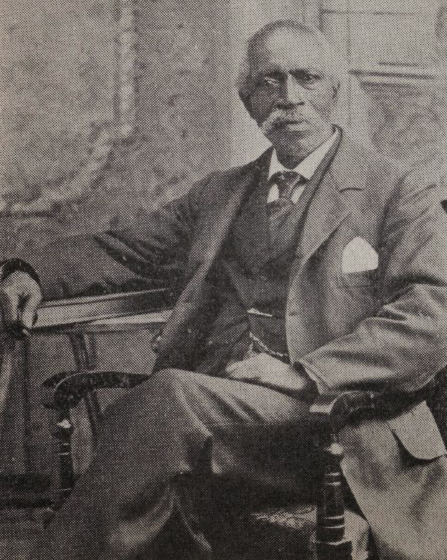 An inventor, abolitionist, and trained medical professional, Dr. Thomas Elkins played a significant role in supporting the Underground Railroad in Albany, New York during the 1840s and 1850s. He also made an important contribution to the development of refrigeration techniques, and patented several inventions for other household furniture items during the latter part of his life.

Born in New York State in 1818, Elkins studied surgery and dentistry, possibly with one of the founders of the Albany Medical College. Elkins went on to operate a pharmacy in Albany for several decades and offered dental services as well. Additionally, the 1881 edition of The Albany Handbook identifies him as a “district physician,” a position recognized by the city.

Beginning in the 1840s, Elkins became a member of the Albany Vigilance Committee, serving as its secretary during the 1850s. Vigilance committees were a key part of the Underground Railroad, providing all manner of assistance (food, legal aid, medical attention) to those seeking freedom. One of the leaders in Albany was Stephen Myers, publisher of the Northern Star and Freeman’s Advocate among other papers.

During the Civil War, Elkins served as the medical examiner for the famed 54th and 55th Massachusetts regiments. Appointed by Massachusetts’ abolitionist governor John A. Andrew, Elkins joined a group of other African Americans from Albany who volunteered for service. After the war, Elkins traveled internationally, including to Liberia.

Beginning in the 1870s, Elkins successfully filed a series of patents. On February 22, 1870, for example, his invention (U.S. Patent number 100,020) of a table that could serve for dining, ironing and as a quilting frame, gained approval. Shortly thereafter, on January 9, 1872, he also patented the design for an improved “chamber-commode” (U.S. Patent number 122,518). It combined multiple pieces of furniture into one item, and featured a bureau, mirror, bookshelf, washstand, table, easy-chair, and earth-closet or chamber-stool.

Elkins’ work as a medical examiner may have motivated his next and most well-known invention – an apparatus aimed at improving refrigeration of “articles liable for decay” such as “food, or human corpses.” Approved on November 4, 1879, the device included a covered trough or container kept at low temperature by the continuous circulation of  chilled water or other cooling fluid through a series of metallic coils. Keeping the bodies of the recently deceased cool posed major challenge in the 19th century, especially in cities, and Elkins’ invention was a marked improvement over other longstanding techniques. In 1880, the New York Agriculture Society awarded Elkins a certificate of “highest merit” for this idea.

Elkins never married and had no children. He died on August 10, 1900, at the age of eighty-two.