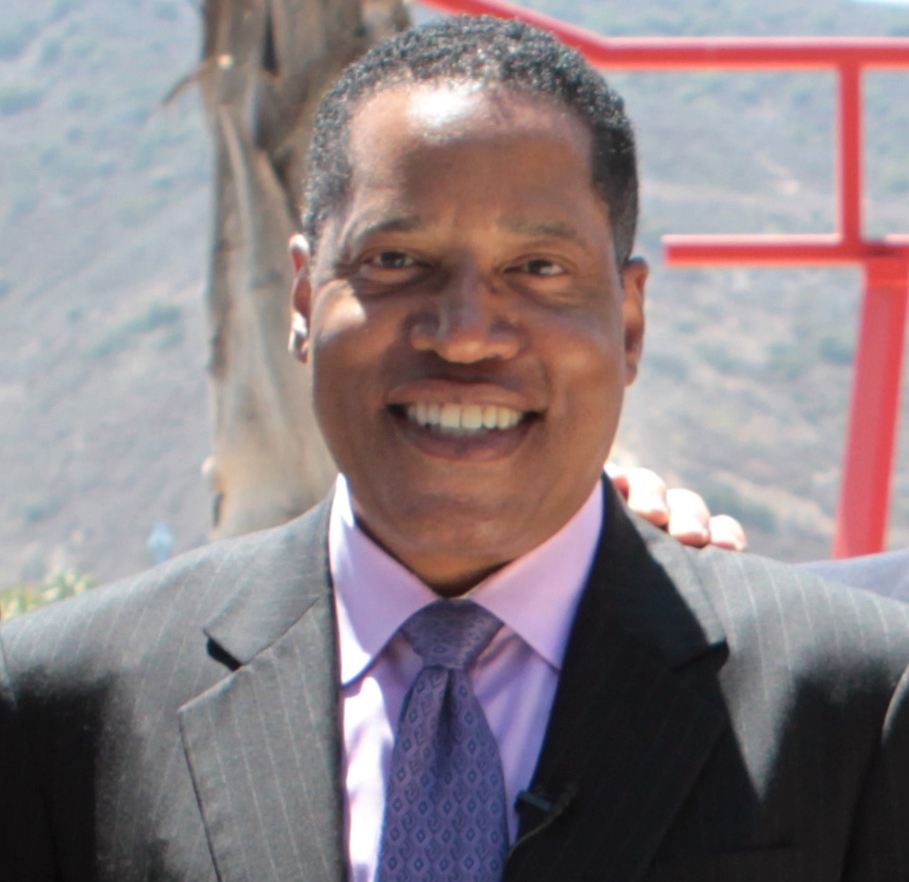 Laurence Allen Elder, known commonly as Larry Elder or the “Sage of South Central,” is an African American lawyer, conservative political columnist, and media personality. He is a libertarian-wing Republican and advocates for a variety of causes, spanning from domestic issues to economics and foreign policy. Elder is best known for his talk radio program, The Larry Elder Show, which originally ran from 2010 to 2014 in Los Angeles, California. In April of 2016, The Larry Elder Show became a nationwide program as a syndicate of Salem Communications.

Larry Elder was born and raised in the South Central area of Los Angeles, California. His parents, Randolph and Viola Elder, were hard-working but poor due to a lack of formal education. In 1974 Elder earned his undergraduate degree in political science from Brown University in Providence, Rhode Island. Three years later, he earned his J.D. from the University of Michigan Law School in Ann Arbor, Michigan. Upon graduation, Elder began practicing law for a firm based in Cleveland, Ohio. In 1980 only three years after graduating from law school, Elder formed his own firm in Cleveland, Larry A. Elder and Associates.

In the late 1980s, while still practicing law, Larry Elder began working as a talk show radio host, starting at a local PBS affiliate. By the late 1990s, Elder had his own television show on a local Fox Network affiliate. From 2001 to 2002, Elder veered in a slightly different direction, hosting Moral Court, a court series aired by Warner Brothers Television. After this short stint, Elder went back to political talk radio and television with a nationwide program syndicated by ABC. Today, Elder still runs a nationally aired talk radio program syndicated by Salem Communications.

Depending on the source, Larry Elder is described as a libertarian, a conservative, a Republican, or all three. On social issues, Elder is  progressive, supporting LGBT rights and same-sex marriage. He is also progressive when it comes to criminal justice reform, drug laws, and the policing and sentencing that go with non-violent crimes. Elder identifies as a Republican due to his fiscally conservative stances on economics and his support for strong U.S. foreign policy, including support for Israel. In his own words, Elder has described himself as philosophically libertarian but Republican by party preference.

Elder has two brothers, one of which, Kirk Elder, received a congressional gold medal alongside Larry Elder in 2013 on their father’s behalf. In the field of community work, Larry Elder started the nonprofit Larry Elder Charities, which has the stated goal of supporting the efforts of those in underprivileged circumstances to find self-help solutions.

On September 12, 2021, Elder made his first foray into electoral politics when he lost in a recall election that attempted to remove California Governor Gavin Newsom from his post.  Elder polled 2.7 million votes, far more than the other 45 candidates seeking to become governor if Newson lost the recall.  The California governor, however, won over 6.7 million votes ensuring the recall effort would fail.