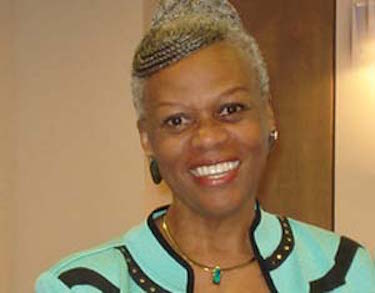 Harriet Elam-Thomas is a diplomat and professor who served as United States Ambassador to Senegal from 1999 to 2002.  She retired in 2005 from the U.S. State Department as a Senior Foreign Service Officer with the rank of Career Minister.

Born on September 15, 1941 in Boston, Massachusetts, Harriet Elam attended Simmons College in Boston where she received a B.S. degree in International Business. She also received an M.A. degree in Public Diplomacy from the Fletcher School of Law and Diplomacy at Tufts University. She speaks fluent French, Greek, and Turkish.

Harriet Elam-Thomas held a number of posts abroad over the course of her career.  She was stationed in Greece, Turkey, Cyprus, France, Belgium, Mali, Senegal, and the Ivory Coast.  or four years (1983-1987) she was the Cultural Attaché at the U.S. Embassy in Athens, which led to her serving as Country Affairs Officer for Greece, Turkey, and Cyprus when she returned to the State Department in 1987.  In 1994, she completed a four-year tour as Director of the American Press and Cultural Center at the American Consulate in Istanbul, Turkey.  In 1995, Elam-Thomas began another four-year tour as Counselor of Public Affairs at the American Embassy in Brussels, Belgium.  However, she only completed two years of this tour, as she was called back to Washington, D.C. to become Counselor of the United Stated Information Agency (USIA), the most senior career position in the Agency.  She also served as Acting Deputy Director of USIA.

In 1999, Elam-Thomas was nominated by President Bill Clinton to be U.S. Ambassador to the Republic of Senegal.  After confirmation by the U.S. Senate, she arrived in Dakar and held that position until 2002.  While ambassador to Senegal she was also appointed Chief of Mission to Guinea-Bissau in 2001.

Harriet Elam-Thomas has received many accolades for her diplomatic work abroad, as well as her commitment to education and training for both students and professionals.  Her numerous awards include the Director General’s Cup for Foreign Service, the most prestigious award for former foreign service officers, and the U.S. government’s Superior Honor Award and a Meritorious Award for her work in connection with the first Persian Gulf War. At the end of her Athens tour, she received the U.S. government’s Honor Award for improving U.S.- Greek cultural relations. She received a similar award from the Piraeus Cultural Association in Greece.  In 1991, Elam-Thomas received USIA’s Lois Roth Award for Excellence in Informational and Cultural Diplomacy. In 1993, the Prime Minister of Turkey presented her with an award from the Turkish Educational and Cultural Foundation for improving U.S.– Turkish cultural relations. She also holds four honorary doctorate degrees including an honorary Doctorate of Public Service from Simmons College, her alma mater.

Harriet Elam-Thomas is married to William J. Thomas and is currently living in Central Florida.