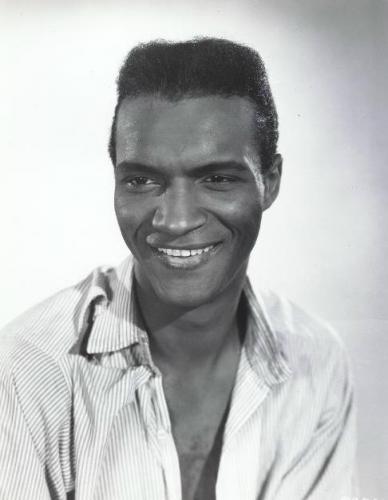 One of the first African American actors to receive critical acclaim, James Edwards was born in Muncie, Indiana in 1918. He majored in psychology at Knoxville College in Tennessee and continued his education at Northwestern University where he received a master’s degree in drama. While enrolled at Northwestern, he participated in student productions and eventually made his mark on the New York stage when he assumed the role of the war hero in the touring play Deep Are the Roots.

During his time on the West Coast, Edwards pursued film work and made his screen debut as the young prizefighter in the 1949 movie The Set Up. The same year, producer Stanley Kramer recruited Edwards to appear as the leading man in Home of the Brave (1949), Hollywood’s first post-war movie with racial prejudice as a central theme.  Kramer would cast Edwards in his most important screen role.  Edwards, who served as a first lieutenant in the U.S. Army during World War II, portrayed the soldier Peter Moss – a victim of racial bigotry who becomes emotionally distraught and paralyzed after the death of his two closest friends.

Although he was widely praised for his characterization in Home of the Brave and went on to appear in more than thirty subsequent films, the offers were sporadic and insignificant. In the interim, Edwards concentrated on his writing interests – authoring a number of books, including Silent Thunder (which was adapted into a movie by John Barrymore) and freelancing as a writer for a major motion picture studio.

His final film, Patton (1970) opposite George C. Scott, was released the same year of his death. In the minor yet significant role, Edwards was cast as the personal aide to General George Patton. Edwards died of a massive heart attack in 1970 at the age of 51. He was posthumously inducted into the Black Filmmakers Hall of Fame in February of 1980.