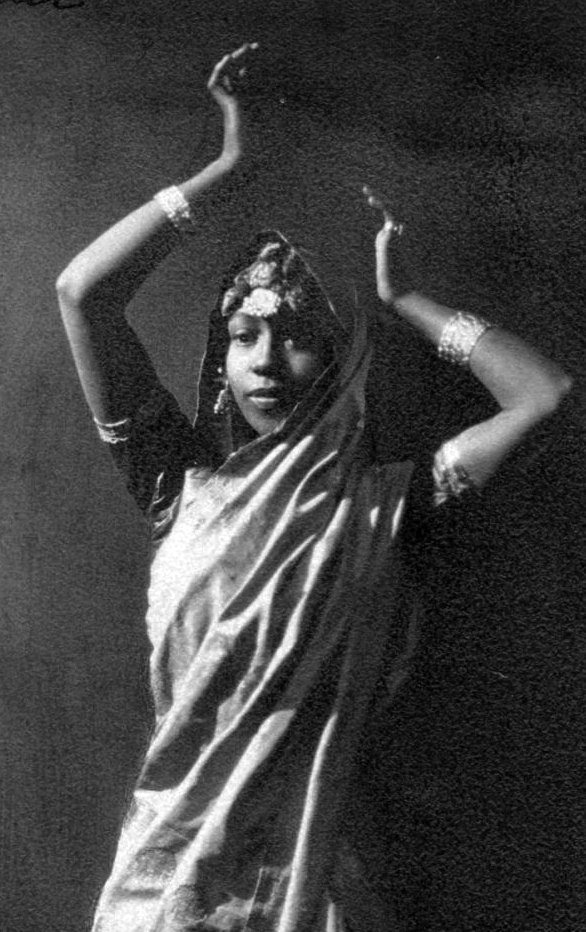 In 1924, Edna Guy was the first African American to study professional dance with Ruth St. Denis and Ted Shawn. Guy loved dance and wanted to perform like Ruth St. Denis. She saw St. Denis dance in concert and met her backstage after writing a note that she signed Edna Guy, Negro girl.

Edna Guy was born in Summit, New Jersey where she attended school. Later she took classes at Hunter College, studying typing and shorthand. Her parents were hotel workers. She married Walter McCully on May 21, 1939 and moved to Enfield, New Hampshire and the couple had a daughter, Johanna. She stopped dancing in the mid-1940s due to a series of heart attacks, however she did continue to teach dance into the 1960s while living near Hudson, New York.

Guy performed twice in 1931 with Hemsley Winfield and his black modern dance company. In March, she danced the solo Madrassi Nautch and in A Temple Offering during a benefit performance. In April, she danced in the “First Negro Dance Recital in America” at the Theater in the Clouds in Manhattan. In September 1931 she was one of the principal performers in the Negro revue, Fast and Furious.

In May 1931 she taught interpretive rhythmic dancing for Winfield at his dance school in a Carnegie Hall studio. In 1932 she headed a branch of the Ruth St. Denis School of Dancing at the Utopia Children’s House where her work was endorsed by dance critics Mary Watkins, John Martin, and Ruth St. Denis.

By the late 1930s Guy had choreographed Negro spirituals that were performed by the Harlem Girl Scouts at Carnegie Hall in the “Pageant for World Peace.” She danced in the “Drama of the Negro Dance” at the YMHA with Alison Burroughs and Katherine Dunham. This concert was called the second important contribution of the Negro to the interpretive dance art of America after the first concert in 1931. Edna danced After Gauguin and How Long Brethren.

In 1938 Guy wrote, Negro Dance Pioneer where she stated that Hemsley Winfield, Katherine Dunham, and she had started the Negro dance movement. Guy began choreographing to Negro Spirituals, which were to be her signature style of dance, from listening to songs sung by Paul Robeson. She and her dance companies performed in New York City, Harlem, Washington D.C. and New Jersey.

After retiring from Dance Guy became a photographer and won a prize for her photograph, “Ruth,” at the American Negro Fair in Chicago in 1940. In 1944 she gave an exhibit of her photographs at the Reckling Music Studio in New York City. She had also created sculptures while learning that art form alongside Augusta Savage. During the 1960s she continued to teach dance and choreography, as well as crafts, ceramics, and painting in Kingston, New York.

In 1974 Edna Guy and her husband moved to Fort Worth, Texas. She was wheelchair-bound after two heart attacks and a bout with breast cancer and had given up teaching dance by that time. She died on April 25, 1983 at the age of 73.