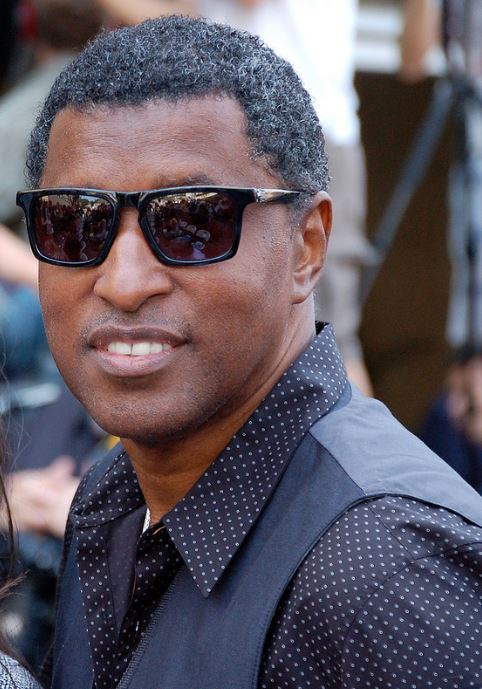 Kenneth "Babyface" Edmonds, May 2013
Photo by Angela George, Fair use

Kenneth Brian Edmonds, known professionally as “Babyface,” would become one of the most successful music producers in the nation in a career that spanned nearly three decades. Edmonds was born on April 10, 1959 in Indianapolis, Indiana to Marvin and Barbara Edmonds. He began his musical career at the age of 18 when he joined the group Manchild in the 1977.  The group released three albums before breaking up. He then partnered with Antonio Reid. The pair wrote and produced for other acts including the 1987 hits “Girlfriend” by Pebbles and “Rock Steady” by the Whispers. They also helped write Bobby Brown’s “Every Little Step,” Sheena Easton’s album The Lover in Me and Karyn White’s single “The Way You Love Me,” all in 1988. Given that success with other artists, they created their own record label, LaFace, in 1989.

In 1989, Babyface released the album Tender Lover, which included several hit singles, most notably “It’s No Crime,” which reached No. 1 on the R&B charts and “Whip Appeal,” which followed at No 2. The album would be his first successful release as a solo artist and it would eventually go double platinum.

Babyface, however continued writing for others and in 1990 he helped produce Johnny Gill’s Grammy-nominated song, “My, My, My,” Whitney Houston’s “I’m Your Baby Tonight,” and Madonna’s “Take A Bow.” His biggest success came however when he collaborated with Boyz II Men. Their 1991 song “End of the Road,” which he produced, would be one of the longest No. 1 hits in pop history, remaining in that position for 13 weeks. He continued his success with the 1992 soundtrack for the film The Bodyguard, which earned him his first Grammy nomination. From there Babyface worked with Mariah Carey, Gladys Knight, Aretha Franklin, En Vogue, Celine Dion, and Mary J. Blige, and help guide the careers of TLC, OutKast, Usher, and Toni Braxton.

In 1993 Babyface released the album For the Cool In You, which included the hit track “When Can I See You Again.” The song would peak at No. 5 on the pop charts and won him his first Grammy for Best Male R&B Vocal. The album went triple platinum. In 1995 he produced the soundtrack for the film Waiting to Exhale, which won him another Grammy as Producer of the Year.

With his continued success in production of albums and singles, Edmonds and his wife, Tracey, created his own film company, Edmonds Entertainment Group.  He also had an acting role in the 1997 motion picture Soul Food, and produced its soundtrack. Through the next several years Babyface contributed most of his work to movie soundtracks but in 2000 Epic Records released a compilation of his best work titled Babyface: A Collection of His Greatest Hits.

The album Face2Face would come next for Edmonds in 2001 followed by Grown & Sexy in 2005. Babyface helped produce hits for Lil Wayne, Vanessa Williams, Kristinia DeBarge, and Boyz II Men again. In 2013 he co-wrote Anthony Hamilton’s “Pray for Me” which was nominated for Best R&B Song Grammy that year. In 2014 Babyface released a Grammy Best R&B album, Love, Marriage, & Divorce. Babyface married Tracey Edmonds in 1992 after she had auditioned for his 1990 “Whip Appeal” music video. The couple had two sons, Brandon and Dylan, but in 2005 they divorced. In 2008, Babyface had another child with Nicole Patenburg, a former backup dancer for Janet Jackson.