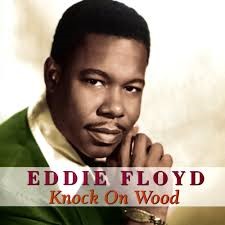 Singer-songwriter Eddie Lee Floyd, known by his stage name, Eddie Floyd, was a popular R&B singer in the 1960s. Floyd was born on June 25, 1937, in Montgomery, Alabama, to Prince Edward, a steelworker, and Florence Floyd, a nurse. He had three brothers, Joe, Benny, and Dave, and a sister, Louise. Floyd has one son, Anthony Floyd, and a daughter, Nicole Floyd.

Floyd studied at Tankersley School in Montgomery County, Alabama. In 1950, however, when he was 13, Floyd was sent to Alabama Industrial School for Negro Children at Mt Meigs after fighting with the principal. There he began his formal music studies and on Sundays he participated in the choir at Holt Street Memorial Baptist Church in Montgomery. In 1953, Floyd left for Detroit, Michigan, to stay with his Uncle Robert, and Aunt Catherine West, who owned Lupine Records.

Floyd was the founder of the R&B group The Falcons in 1955 and remained with the integrated quartet (two blacks and two whites) until disbanding in 1963. Afterward, Floyd relocated to Washington D.C. and co-founded the label, Safice, with Al Bell.

In 1965, Floyd joined Memphis-based Stax Records’ soon after Al Bell became its President. He signed a contract as a composer and lyricist. Soon afterwards, he co-penned a hit song, “Comfort Me,” with Steve Cropper which was recorded by Carla Thomas. Floyd partnered with Cropper to compose his first single, “634-5789 “(Soulsville, USA)” which peaked at no. 1 on the R&B chart and remained on the charts for 16 weeks. That same year (1965) he wrote and released “Stop! Look What You’re Doing,” and co-wrote “Ninety-Nine and a Half (Won’t Do).”

In 1966, when Floyd was 29 years old, he released his most famous hit of the Memphis soul era. “Knock on Wood.” It peaked at no. 28 on the R&B charts and remained on the charts for 17 weeks. Although it never reached no. 1 on the charts, it sold nearly one million units.

Stax relied on Floyd’s talents as he was versatile and consistent. He continued to make several more hits on his own, including “Raise Your Hand,” which peaked at no. 16 and remained on charts for 9 weeks, and “I’ve Never Found a Girl (To Love Me Like You Do)” which reached no. 2 on the R&B chart and remained there for 14 weeks in 1968. His composition, “You Don’t Know What You Mean to Me,” which was performed by Sam & Dave, reached no. 48 on the chart, remaining there for 8 weeks. Floyd’s 1969, “Bring It on Home to Me,” a remake of the 1962 Sam Cooke hit, peaked at no. 48 on the R&B chart. By 1970, Floyd’s visibility on the charts rapidly diminished.  He did release “California Girl,” that year which peaked at no. 45. Floyd stopped writing and releasing records when Stax Records closed in 1975.

In 2007, Stax Records was revived, and Floyd returned, producing the CD The Very Best of Eddie Floyd. He released his last album, Eddie Loves You So, in 2008.