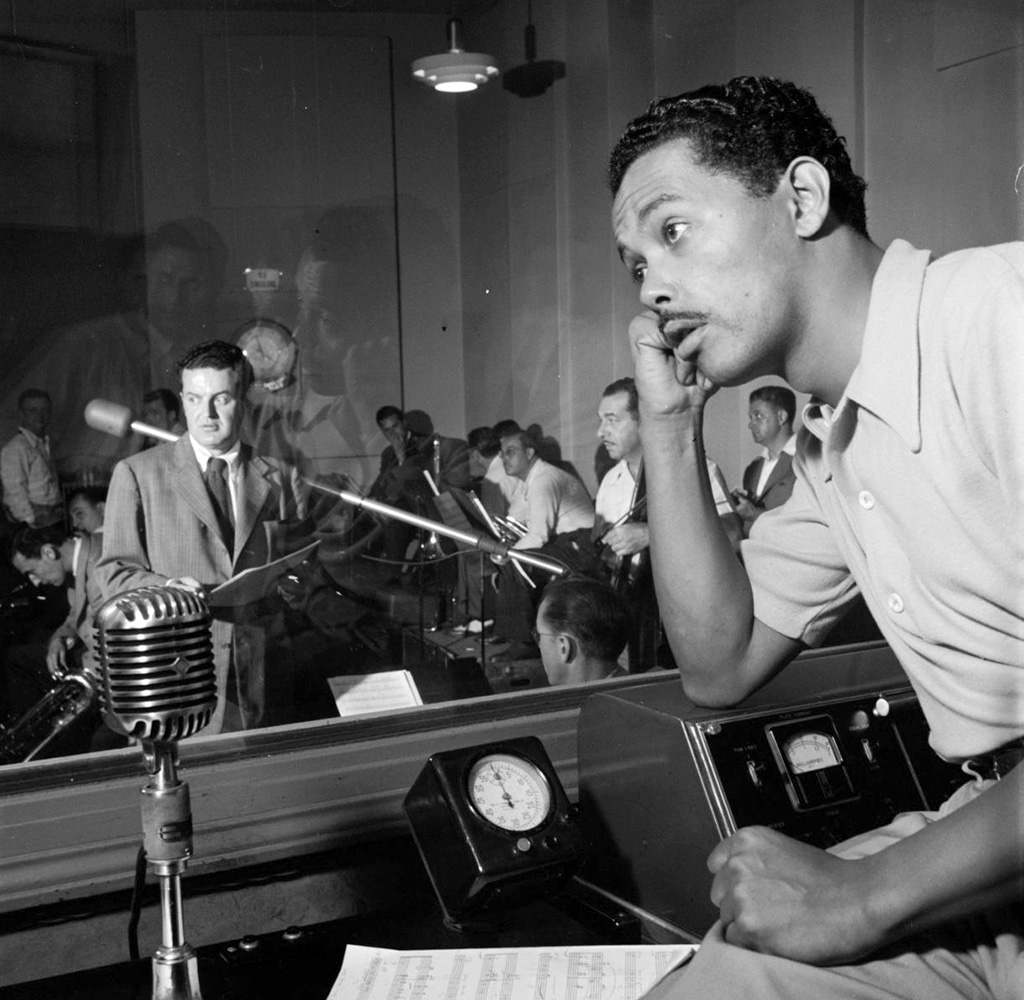 Multi-talented performer Billy Eckstine, known as “Mr. B.,” was a jazz musician and balladeer who gained popularity during the post-World War II era. His good looks, fashionable style and smooth baritone vocals led to a long and successful musical career, earning a place as DOWNBEAT’s most popular singer for five consecutive years.

He was born William Clarence Eckstein in Pittsburgh, Pennsylvania on July 8, 1914. Eckstine learned to play piano as a child and became a teen football star. Around 1930, Eckstine moved to Washington, D.C., to live with an older sister and later attended St. Paul Normal and Industrial School in Lawrenceville, Virginia where he worked on a degree in physical education. Eventually he transferred to Howard University.

After winning a singing contest in New York, he dropped out of college in 1933 and began club appearances in Detroit, Buffalo, Pittsburgh and Chicago. Around this time, he changed his name from Eckstein to Eckstine (his grandparents’ original spelling) and acquired the nickname “Mr. B.” Bandleader Earl Hines heard Eckstine’s act and hired him as its lead vocalist in 1939. While working with Hines’s band, Eckstine recorded “Jelly, Jelly,” and “Skylark.” Both songs became national hits. Although a proficient trombonist, Eckstine also learned to play trumpet and performed with musicians Charlie Parker, Dizzy Gillespie and Sarah Vaughan.

As musical tastes changed, recording contracts became more difficult for Eckstine to obtain. As a result, from the 1960s through the 1980s Eckstine primarily performed in live shows. He toured all over the country and had a brief role in the 1975 film Let’s Do It Again.

Eckstine married and divorced his first wife June although the dates of the marriage are unclear.  In 1953 he married his second wife, model and actress Carol Drake. They had seven children before their 25-year marriage ended in divorce in 1978. After suffering a stroke in 1992, Billy Eckstine died in Pittsburgh on March 8, 1993.