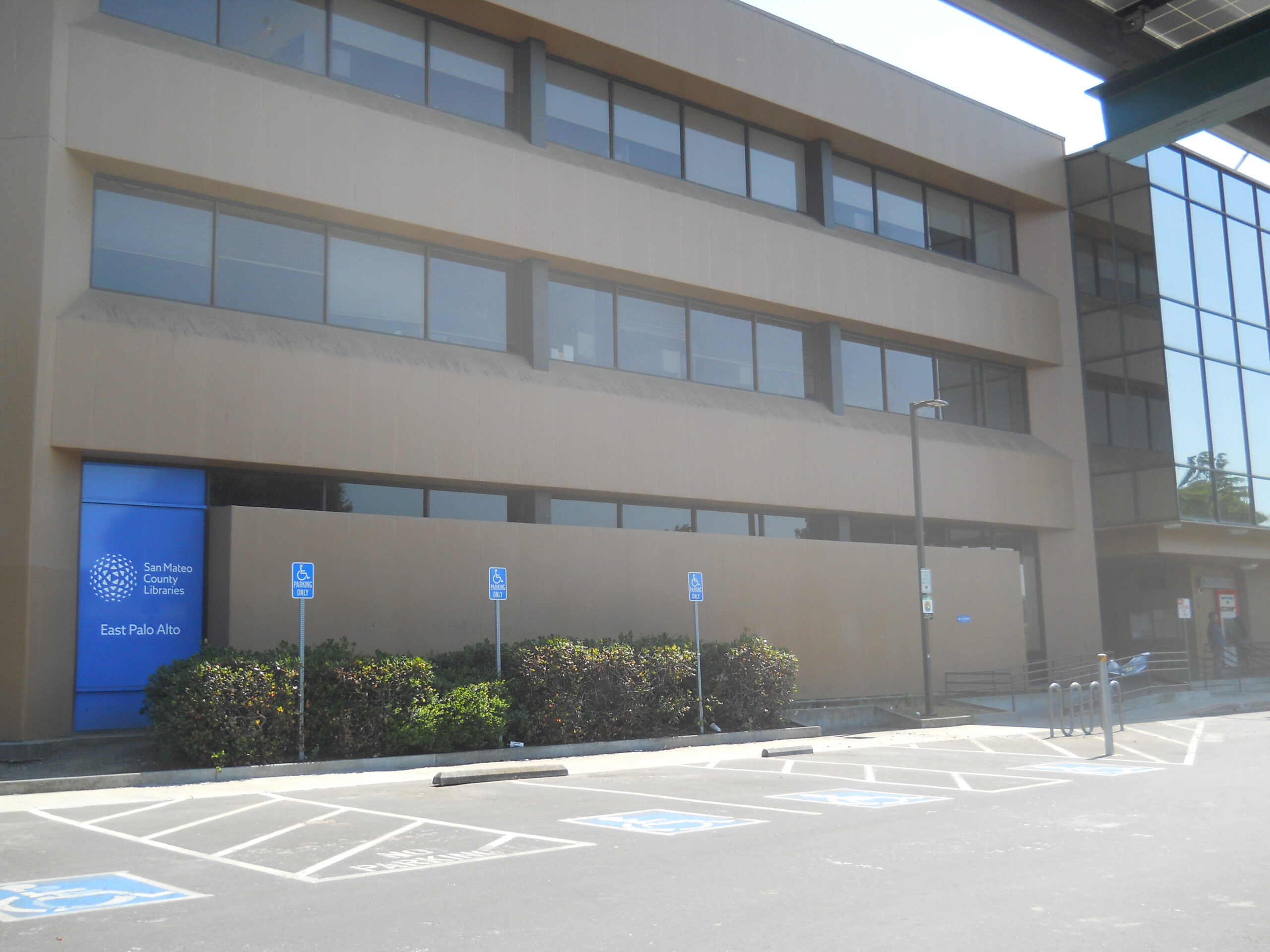 Nearly abandoned for a century, the area revived during the California Gold Rush in 1849, when speculator Isaiah Woods bought 2,000 acres of the Los Pulgas grant and named the area Ravenswood. With backing from Adams & Company Bank (now Wells Fargo Bank) he attempted to construct the largest wharf along the Bay between San Francisco and Alviso which was near the then California state capital, San Jose. When this scheme was finally abandoned in 1868, rancher Lester Cooley purchased the land and the area informally became “Cooley’s Landing.” Then Charles Weeks purchased five acres on the outskirts of Palo Alto in 1916 and around 1920 created the town of Runnymede, a utopian poultry colony that thrived until the Great Depression.  Runnymede and Ravenswood merged in 1925 in order to stave off annexation from neighboring Palo Alto and Menlo Park.  The two towns now became known as East Palo Alto.

African American migrants first arrived in East Palo Alto around the end of World War II.  Most of these Southern migrants moved in to take advantage of low cost housing and because, unlike surrounding peninsula communities, the area had few restrictive housing covenants.  By the 1960s jobs and the possibility for higher education brought a second wave of African American settlers.

By 1960, East Palo Alto was a small, predominately black community surrounded by richer, mostly white San Francisco and San Jose suburbs.  Its work force found employment outside the area.  East Palo Alto remained an unincorporated area governed by San Mateo County. Its residents had a limited voice in policies that impacted them. The widening of Highway 101 in the 1950s, for example, eliminated 45 of the community’s leading businesses. Menlo Park and Palo Alto annexed 25 percent of the community in the 1960s, depriving it of both population and property tax revenue.  Residents were also heavily taxed for county services, such as sanitation, water, and recreation.

To counter this secondary status, the people of East Palo Alto attempted to incorporate five times between 1931 and 1981.  They were successful only in 1983.  In the 1968 attempt, some local black leaders tried to rename the city Nairobi, after Kenya’s capital city. Despite incorporation in 1983, East Palo Alto suffered through continued population loss, which followed increasing flight of its black middle class and crime rates spurred by drug sales and use.

By the year 2000, Mexican Americans, Mexican immigrants, and Pacific Islanders replaced African Americans as the major demographic group in the city.  By that year blacks comprised only 17% of the city’s 28,000 residents.  East Palo Alto’s economic fortunes finally began to rise in this period as well when high land prices elsewhere in the Bay Area persuaded business leaders to establish the Four Seasons Hotel, the first major hotel in the city, the Ravenswood Shopping Center, and the new corporate headquarters of Facebook.