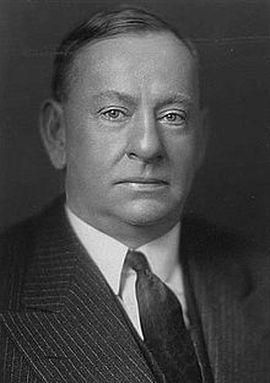 The Dyer Anti-Lynching Bill (hereinafter “Dyer Bill”) refers to a 1922 Congressional effort to pass federal legislation to address and otherwise provide federal prosecution of nationwide lynchings, particularly those in the southern states.  The bill was first introduced by Missouri Congressman Leonidas C. Dyer in 1918.

The Dyer Bill defined lynching as follows: “The phrase ‘mob or riotous assemblage,’ when used in this act, shall mean an assemblage composed of three or more acting in concert for the purpose of depriving any person of his life without the authority of law as a punishment for or to prevent the commission of some actual or supposed public offense.”

The legislation addressed lynching in three interrelated parts.  First, the act punished state and municipal officers who failed to do their duty in protecting the lives of persons from mobs.  Second, the act punished the perpetrators of the crime of lynching by federal prosecution.  Third, the act compelled the county where the crime was committed to make compensation, by forfeiture of $10,000 to the family, or if no family, to dependent parents, and if none, to the United States.

The opponents articulated arguments based on the historic relationship of state, local, and federal authority.  They cited the traditional role of local authorities to retain jurisdiction to enforce state criminal statutes and opposed federal intrusion into this area.  They did not address proponents’ arguments that local authorities, in allowing lynching, had abdicated their constitutional enforcement duties.

Federal efforts to enact anti-lynching legislation date to at least 1901. During that period and for much of the first half of the 20th Century Southern Democrats in Congress maintained a solid front against the Dyer Bill each time it reached the floor of the House.

The Dyer Bill was ultimately defeated by a Southern Democratic filibuster in December 1922 and twice more thereafter. Despite having the passage of an anti-lynching bill in their 1920 platform, the Republicans, who were the primary sponsors of the legislation, were unable to pass a bill in the 1920s.

The History of Anti-Lynching Legislation in Congress, The Congressional Digest, Public Conduct Legislation, March, 1922, as photocopied and accessed from http://www.oldmagazinearticles.com/; William B. Hixson, Jr., “Moorfield Storey and the Defense of the Dyer Anti-Lynching Bill”, The New England Quarterly, Vol. 42, No.1 (March 1969), 65-81, accessed at https://www.jstor.org/stable/363500.