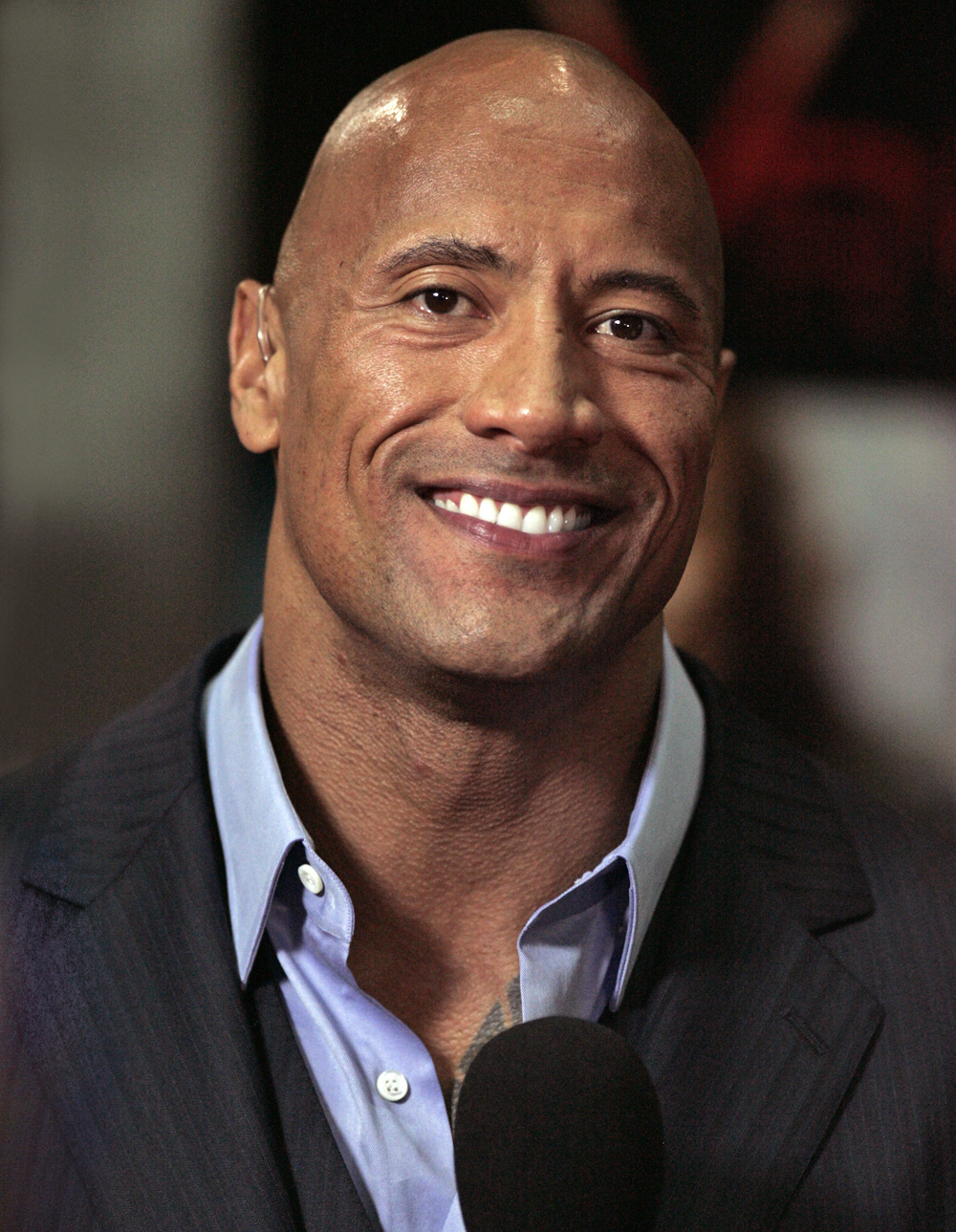 Dwayne “The Rock” Johnson, actor and former professional wrestler, was born on May 2, 1972 to Rocky Johnson, a Black Nova Scotian professional wrestler, and Ata Johnson, a Samoan, in Haywood, California. Growing up, while his father was on the road during his professional wrestling career, Johnson lived in multiple places including New Zealand before coming back to the United States in between the late 1970’s or 1980’s to finish his schooling. Johnson spent his childhood in Charlotte, North Carolina and Hamden, Connecticut.

Johnson attended high school in three different states. He attended President William McKinley High School in Honolulu, Hawaii during his freshman and sophomore years, then Glencliff High School and McGavock High School in Nashville, Tennessee. He graduated from Freedom High School in Bethlehem, Pennsylvania in 1990. While attending those schools, Johnson played for the football, track and field, and wrestling teams. He also got into trouble during those years and was arrested numerous times for theft and assault.

After graduating high school, Johnson attended the University of Miami in Miami, Florida where he played defensive tackle for the Miami Hurricanes football team. Johnson was a member of the 1991 Hurricanes team that won the national championship in the Orange Bowl, defeating the University of Nebraska 22-0.

Johnson graduated from the University of Miami in 1995 with a BA in General Studies, Criminology, and physiology. Not drafted by the National Football League (NFL), he signed as a linebacker with the Calgary Stampeders in the Canadian Football League (CFL). Johnson was cut from the team after two months. With his brief football career ended, Johnson decided to pursue a professional wrestling career with World Wrestling Entertainment (WWE). He was trained under Pat Patterson, Rocky Johnson, and Tom Prichard. Johnson made his wrestling debut with the WWE in November 1996 as the “good guy” wrestling character Rocky Maivia. His wrestling character later changed to The Rock, a “bad guy” wrestling character who was arrogant and self-centered and yelled insults at the crowd.

Johnson’s wrestling career was successful, and he rose to superstar status as he won numerous championships including the WWE Heavyweight Championship in 1998-2002 WWE Intercontinental Championship in 1997, and WWE Tag-Team Championship 1999. He competed with fellow wrestlers Steven “Stone Cold Steve Austin” Williams, Mark “The Undertaker” Calaway, Paul “Triple H” Levesque, and Mick “Mankind” Foley. Because of these matches Johnson was credited with helping the WWE gain mainstream popularity during the late 1990’s professional wrestling boom. His personality and prowess both inside and outside the ring helped the WWE defeat rival wrestling league World Championship Wrestling (WCW) in 2001 in the Monday Night Ratings. Johnson remained with the WWE until 2004 when he decided to pursue an acting career.

Even before deciding to act full time, Johnson made appearances in numerous movies including The Mummy Returns (2001), The Scorpion King (2002), The Rundown (2003), and Walking Tall (2004). The Fast and Furious films (2011-present) however made him one of the highest-paid actors in Hollywood. Johnson has won numerous awards including Teen Choice Awards, Kid Choices Awards, and NAACP Images Award. In 2017 received a star on the Hollywood Walk of Fame.

Johnson married Dany Garcia in 1997. The couple had one child, Simone, born in 2001 before divorcing in 2007. Johnson then married Lauren Hashian in 2019. They have two daughters, Jasmine born in 2015 and Tiana in 2018.  On September 2, 2020, Johnson announced that he, his wife, Lauren, and Jasmine and Tiana had all contracted COVID-19, the coronavirus, in August 2020 but have since recovered.