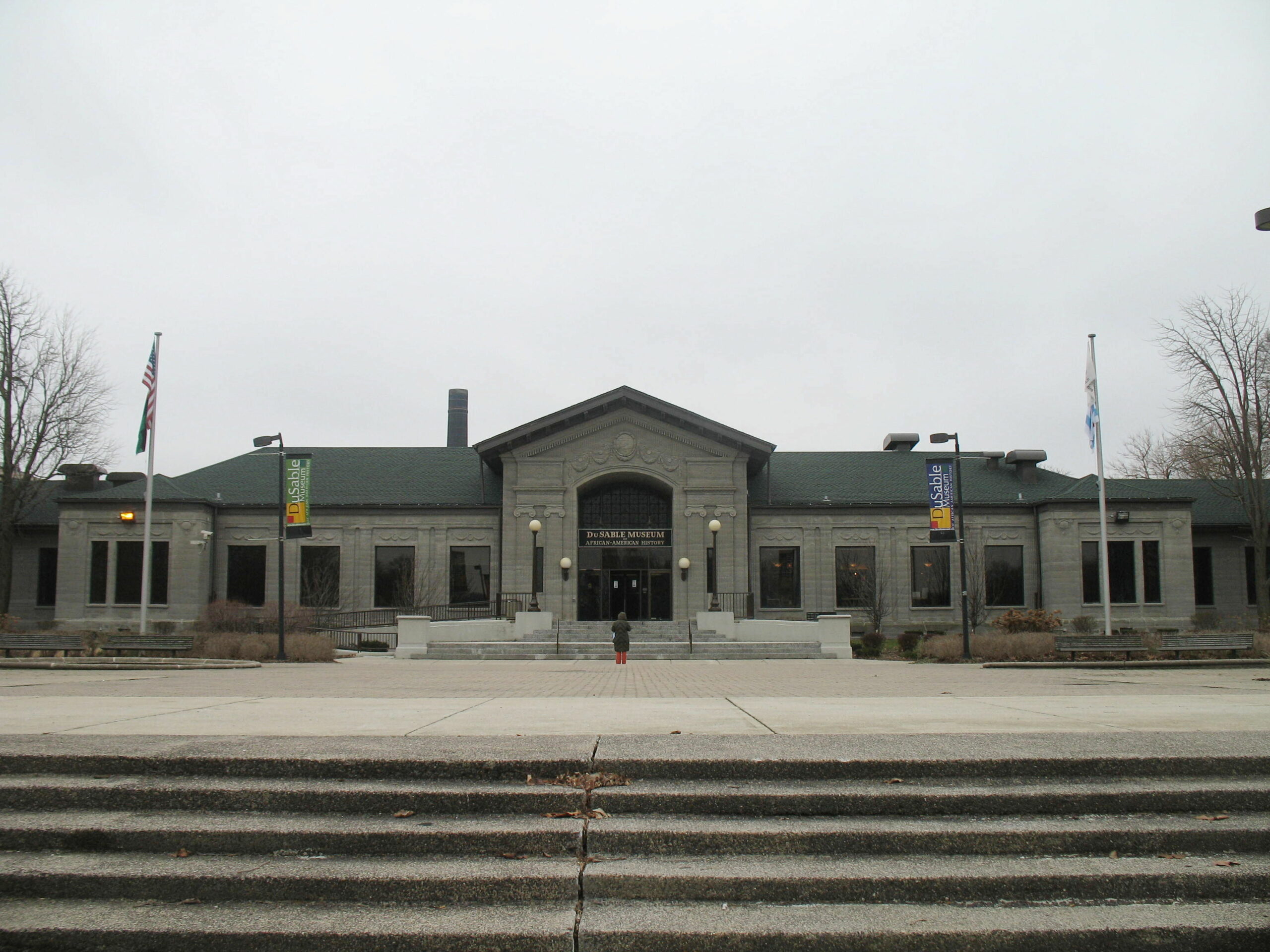 Founded in 1961, the DuSable Museum of African American History is oldest museum dedicated to African American history in the United States. The DuSable began as the Ebony Museum of Negro History, housed in the South Side Chicago, Illinois home of DuSable High School teacher, activist, and writer Dr. Margaret Burroughs. As an academic and admirer of the philosophy of W.E.B. DuBois, Dr. Burroughs was passionate about preserving and showcasing both black history and the work of black artists. Due to positive response from the community and a growing collection of exhibits, Dr. Burroughs moved her museum to 3800 Michigan Avenue and named it after Jean Baptiste DuSable (the black founder of Chicago) in 1968. Burroughs took immense pride in the museum’s origins in the indigenous black community of the South Side of Chicago.

In 1973 the five-year-old DuSable moved and expanded again, this time finding a home in Washington Park and joining the Chicago Park District Museum Consortium. Now partially funded by the Chicago Park District in addition to private donors, the museum’s collection grew and now included art from West Africa, documents from the slave trade, the belongings of slaves and freedmen, artifacts from black soldiers in the Civil War, and photographs of families as they experienced the Great Migration and the Civil Rights movement. Personal effects of black leaders and famous black musicians, actors, and athletes also have a place in the collection, including the desks of W.E.B. DuBois and Chicago’s first black mayor, Harold Washington, and the boxing gloves of Joe Louis.

The DuSable Museum was also the first museum in the United States to create a narrative exhibit documenting the journey of African Americans from the Middle Passage through the Civil Rights Era and beyond. The DuSable also regularly lends pieces from its collection to museums across the United States and the world.

After its expansion in 1993, the DuSable Museum boasted fifty thousand square feet of exhibit space, a 466-seat auditorium, and a research library. Its most recent expansion, the Roundhouse Project which began in 2009 and is expected to be completed in 2016, has allowed the museum to display more of its library, include a special exhibit for children, and plan a technology and language lab. Once completed, the DuSable Museum and its Roundhouse will comprise the first African American Museum campus in the United States.

The DuSable Museum currently maintains a collection of over fifteen thousand objects, including painting, sculptures, documents, and historical memorabilia. Permanent exhibits include Red, White, Blue, and Black: A History of Blacks in the Armed Services, Freedom, Resistance, and the Journey to Equality, and A Slow Walk to Greatness: The Harold Washington Story. The DuSable Museum has seen steady growth in attendance, from 102,603 visitors in 2012 to 118,473 visitors in 2014.