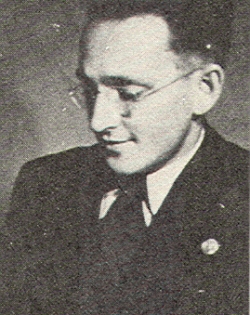 Spanish Civil War veteran and militant poet Ramón Durem was born in Seattle, Washington, in 1915 of mixed heritage.  Leaving home at fourteen, he briefly served in the U.S. Navy before suffering a leg injury that forced his discharge.  He then worked as a laborer until enrolling at the University of California in Berkeley where he joined the Communist Party in 1931.  A radical from an early age, it is hardly surprising that Durem volunteered to join the Loyalist cause in Spain.

Durem departed the United States in March 1937 and was wounded in the Brunete Offensive of that year.  During his long recuperation at the American hospital in Villa Paz, Durem met and married a Brooklyn nurse named Rebecca Schulman.  Durem returned to the front in 1938 and participated in the Ebro Offensive.  In October, around the same time Rebecca was having his first child (named Dolores for La Pasionaria) in New York, Ramón marched in Barcelona’s farewell parade.  He was expatriated in December.

The Durems moved to Los Angeles and had two more daughters while Ramón became an active union organizer.  Durem left the Communist Party after World War II when, as he later wrote, he “discovered that even the white radicals were not interested in a radical solution to the Negro Question.”  He divorced Rebecca, married an African American woman, and moved to Mexico.  It was during this period that Durem wrote the poetry for which he is best remembered today.  Durem spent the last year of his life in Los Angeles and died of cancer in December 1963.

Writing as “Ray Durem,” his poetry’s strident tone attracted the attention of prominent black nationalist Robert Williams and the prolific African American writer Langston Hughes.  Published in several newspapers, literary journals, and poetry anthologies, he is known especially for the volume Take No Prisoners released posthumously in 1971.  Ramón Durem’s work was very important to the Black Power movement, serving as a both a political compass and cultural inspiration.