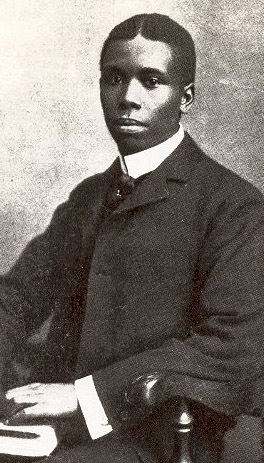 Paul Laurence Dunbar, hailed as the Poet Laureate of the Negro Race, was born in Dayton, Ohio in 1872. His father, Joshua Dunbar, was an escaped slave who joined the 55th Massachusetts Regiment of the Union Army and served in the Civil War. Joshua married Matilda Murphy, a laundress who moved to Dayton following the war.

Dunbar’s parents separated before he was two years old and he lived with his mother, who sparked his interest in literature. By the age of six, he was writing and reciting poetry. He went on to attend Dayton Central High, where he excelled as a member of the debating society, president of the literary society, editor of the school newspaper, and class poet. In 1892 that he gave his first recital at the annual Western Association of Writers meeting in Dayton.

The notoriety he received from this event led to a prodigious, yet short-lived career, as a literary artist – as Dunbar authored several novels, books, librettos, songs, essays, short stories, and six volumes of poetry beginning with Oak and Ivy (1893). Financial difficulties would, however, force him to work as an elevator operator for supplementary income.

Primarily recognized as a poet, Dunbar’s poetry was written in two distinct styles: traditional English and turn of the twentieth century black American dialect. His publications Majors and Minors (1895) and Lyrics of a Lowly Life (1897) both won Dunbar national fame and invitations to recite his poetry publicly. His most famous recitals took place at the 1893 World Columbia Exposition in Chicago and in England, where he toured for six months in 1897.

In 1898, he married Alice Ruth Moore, an author and educator whom he fell in love with after seeing a photograph of Nelson next to a poem she published in the Boston Monthly Review. Yet Dunbar’s abuse toward Moore (aggravated by his battle with alcoholism prescribed for tuberculosis) resulted in mutual separation in 1902. Dunbar moved into the home he shared with his mother in Dayton, Ohio.

At the time, he was suffering from the belief that he was a failed poet as well as alcoholism and the bout with tuberculosis that claimed his life in 1902 at the age of 33.