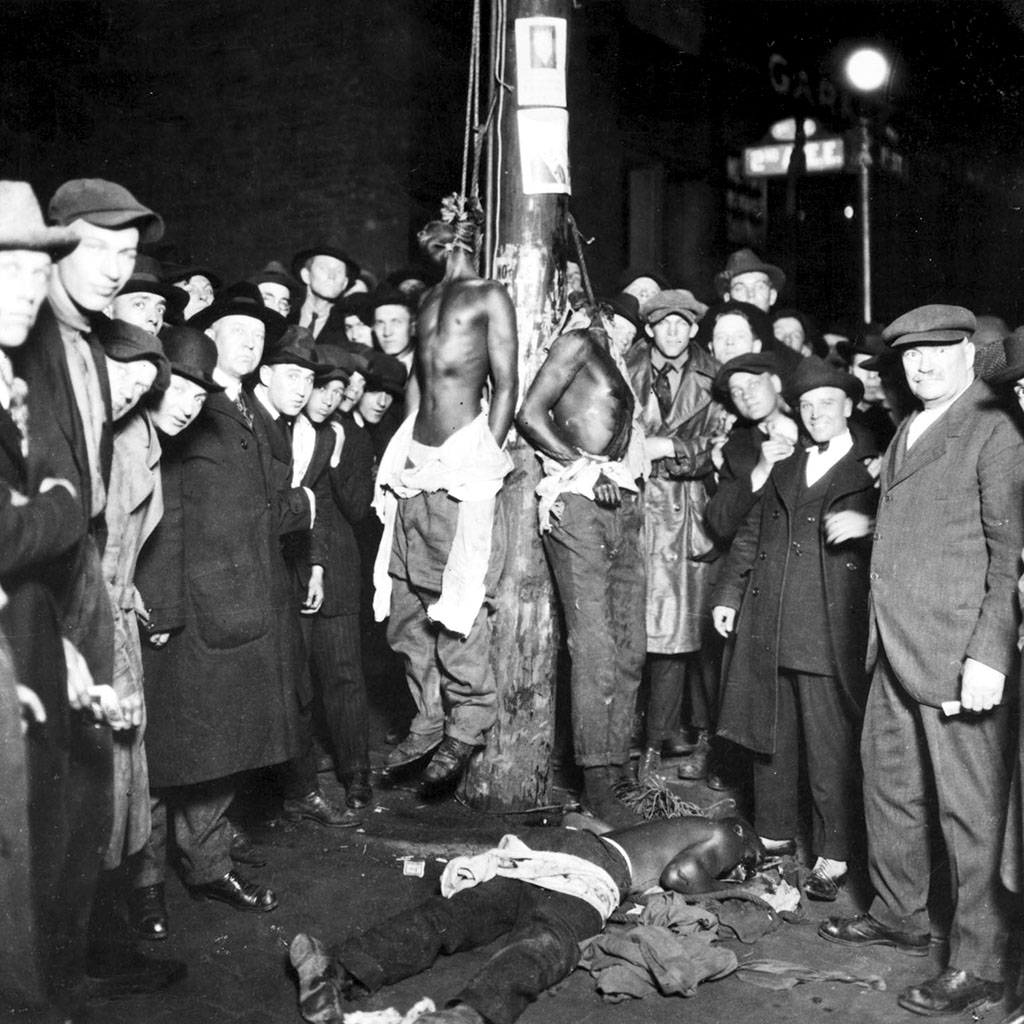 By the 1920s lynchings of African Americans had become a standard practice across the nation.  The multiple lynchings in Duluth, Minnesota, however, represent the farthest north this practice reached. The John Robinson Circus made its way to Duluth on June 14, 1920, for a parade and one-day performance. When the Circus visited in previous years, local African Americans were hired as day laborers to cook for the circus workers and patrons.  In 1920, Elmer Clayton, Isaac McGhie, and Elmer Jackson were among the one hundred or so townspeople hired.

Irene Tusken, 19, and James Sullivan, 18, were among the townspeople who attended the circus on June 14.  When it ended, the couple walked to the back of the tents for an unknown reason, and it is still unclear as to what happened next. Sullivan later told his father that he and Tusken were held up by three black circus workers at gunpoint, and that Tusken was raped. Sullivan’s father immediately contacted Tusken’s father to report the incident.

The next day, Tusken’s father contacted Duluth Police Chief John Murphy who immediately rounded up 100 local African Americans who had been hired to work for the circus and lined them up for Tusken and Sullivan to identify their attackers. The pair identified at least six men, who were arrested and taken to the Duluth city jail. Meanwhile, on June 16, Sullivan was taken by her father to their local doctor who examined her and found no evidence of any physical assault or rape.

The news of what allegedly transpired spread through the city quickly, and soon a large angry mob of 5,000 people headed toward the jail, demanding justice. Duluth Commissioner of Public Safety William F. Murnian ordered his officers not to use force against the mob, allowing them to enter the jail building. They used makeshift tools to break into cells but were only able to get three cells open—the ones occupied by Clayton, McGhie, and Jackson. The trio pleaded for their lives while a mock trial was held by the crowd. They were all found guilty and were beaten and dragged up the street to the town square and hanged. A local photographer took a picture of the scene where and many locals were seen smiling and moving to squeeze into the shot. The picture became a postcard keepsake. The remaining thirteen suspects were moved under heavy guard to the stronger St. Louis County jail.

Some local residents were extremely upset when the news spread of the lynchings. Investigators and lawyers were sent to Duluth by the National Association for the Advancement of Colored People (NAACP).  Although investigators were unable to identify the lead instigators in the lynchings, thirty-seven people were indicted; twelve for first degree murder and twenty-five for rioting. Three white men were convicted and imprisoned for one year: Lois Dondino for rioting, Carl Hammerberg for rioting, and Gilbert Henry Stephenson for inciting a riot. Despite the lack of evidence, seven black men were indicted for the crime of rape and served up to four years each.  No one was ever convicted for the lynching murders.

In 1991, the unmarked graves of Elmer Clayton, Issac McGhie, and Elmer Jackson were marked with headstones reading “Deterred but not defeated.” In December 2003, a memorial was erected to the three men in downtown Duluth, directly across the street from where the lynchings occurred.