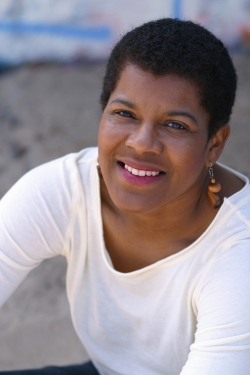 Tananarive Due
Fair use image

Tananarive Due is a contemporary novelist who interweaves powerful themes and dilemmas among African Americans into unconventional story-telling.  Due was born in Tallahassee, Florida on January 5, 1966.  Her parents, John and Patricia Stephens Due, met at Florida A&M and were civil rights activists.  John was a prominent attorney who eventually headed Leon County’s Office of Black Affairs while her mother participated in many protests and sit-ins that led to injuries and in one instance 49 days in jail. As a child Due became a target of racism while living in white neighborhoods where she felt unsafe. These early experiences would impact her writing style in the future.

Due’s aspirations to be a writer developed quickly; by the age of four she created picture books and by the sixth grade, had written her family’s biography.  Throughout high school, Due interned at the Miami Herald and attended summer programs for aspiring writers at Northwestern University, where she was later an undergraduate.   After earning her B.S. in journalism, Due did postgraduate work and received an M.A. degree from the University of Leeds in Great Britain where she concentrated on English and Nigerian Literature.  After beginning her career as a reporter at the Miami Herald, she was inspired to finally pursue her dream as a novelist after interviewing Anne Rice in 1992.  Three years later she published her first novel, The Between.

Due has written nine novels, ranging from science fiction work which focuses on African immortals who have healing powers, to a novel based upon interviews with her mother regarding her involvement in the Civil Rights movement.  Although her stories are fictional, Due utilizes as themes universal strife, great opposition, faith in what is not explained, and the struggles of understanding the loss life inflicts.

Due’s The Black Rose (2000) depicts the rise of Madam C.J. Walker who started as a laundress and eventually became one of the most successful entrepreneurs in America.  Due also utilized her mother’s personal experience to create Freedom in the Family: A Mother-Daughter Memoir of the Fight for Civil Rights (2003).

Due has been honored with several awards including the National Association for the Advancement of Colored People (NAACP) Image Award in 2001 for The Black Rose, the 2002 American Book Award for her novel, The Living Blood, and the Black Issues Book Review Award in 2003 for the “Best Civil Rights Memoir” for Freedom in the Family.  Tananarive Due currently resides in Glendora, California where she teaches creative writing at Antioch University in Los Angeles and lives with her husband, Steven Barnes, and their two children.

Dianne Glave, “‘My Characters are Teaching me to be Strong:’
An Interview with Tananarive Due,” African
American Review
38:4 (Winter 2004); “A Conversation with Tananarive Due
Part I and Part II,” National Public
Radio www.npr.org, January 17, 2006;
Tananarive Due Website, http://www.tananarivedue.com/About.html