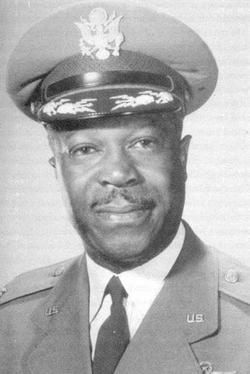 Charles W. Dryden was a Tuskegee Airman, author, and professor. Born on September 16, 1920 in New York City, Dryden was the son of Jamaican immigrant parents Charles Levy Tucker Dryden, a World War I veteran and teacher, and Violet Adina Buckley Dryden, also a teacher. At a young age, he assembled model airplanes which drew the attention of neighbors, labeling him as the “crazy black kid who wanted to fly.” Smart and personable, his class elected him as class president of the predominantly white Stitt Junior High School. After receiving his diploma from Peter Stuyvesant High School, Dryden attended the City University of New York (CCNY) where he majored in mechanical engineering. When the school introduced a Civilian Pilot Training Program during his junior year in 1940, he enrolled in the program and earned a private pilot license.

Dryden had envisioned flying planes as an officer in the U.S. Army Air Corps and signed up to complete training as an Air Corps cadet. When he arrived at a recruiting station, he was told the Air Corps did not accept applications from blacks. Downcast and angry, he recovered a month later when he learned that the U.S. Congress had authorized the War Department to allow blacks to become military aviators. The army notified him to report for training in August of 1941 at the Tuskegee Army Flying School in Tuskegee, Alabama. On April 29, 1942, four-and-a-half months after the United States entered World War II, Dryden, along with two other black men, were commissioned second lieutenants. The Tuskegee facility went on to train nearly a thousand black fighter and bomber pilots from 1941 to 1946.

Nicknamed “A-Train,” Dryden fought in North Africa in 1943 and later in Sicily and Italy with his P-40 fighter plane. He was part of the 99th Fighter Squadron which received three Distinguished Unit Citations.  The 332nd Fighter Group carried out strafing, dive bombing, and bomber escort missions. On a mission in Sicily on June 9, 1943, Dryden led a mission that scored the first shoot-down of an enemy aircraft by an African American flier.

During the postwar years, Dryden earned his bachelor’s degree in political science at Hofstra University (later an honorary doctorate) and his master’s degree in public law and government at Columbia University.  He also continued to fly fighter jet missions in the Korean War and taught air science at Howard University. In 1962, he retired as a Lieutenant Colonel and was inducted into the Georgia Aviation Hall of Fame in 1998.  His acclaimed autobiography, A-Train: Memoirs of a Tuskegee Airman, was considered the best personal memoir written by a black military pilot of World War II.

Charles Dryden died in Atlanta, Georgia, on June 24, 2008. He is survived by his wife, Mary Morgan Dryden, three sons from a previous marriage, and three stepchildren.

Charles W. Dryden, A-Train: Memoirs of a Tuskegee Airman (University of Colorado Press, 2002); Biography on HistoryMakers.org at http://www.thehistorymakers.org/biography/lt-col-charles-dryden; Obituary by Avis Thomas-Lester for the Washington Post at http://www.washingtonpost.com/wp-dyn/content/article/2008/07/01/AR2008070102864.html.