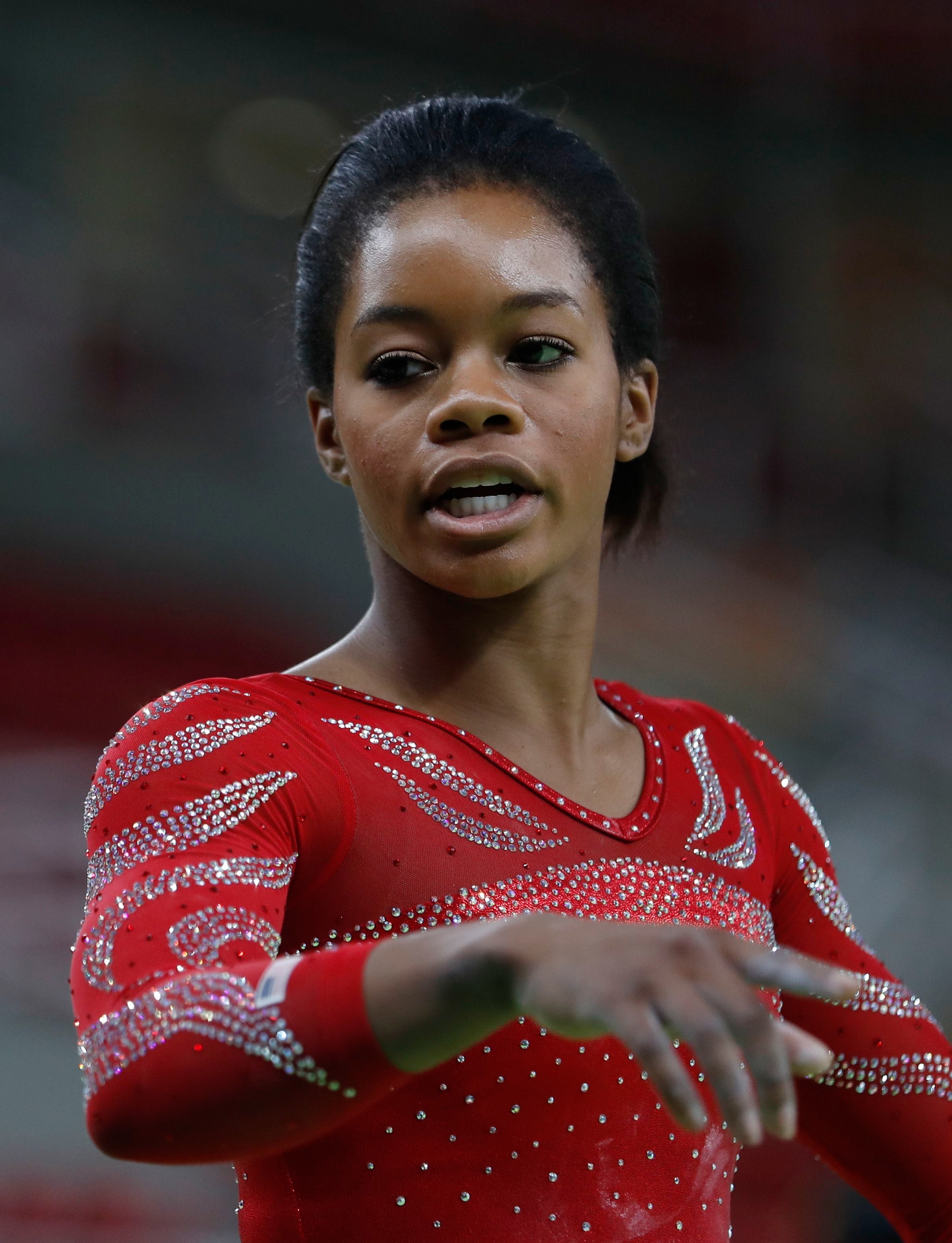 Gabrielle Christina Victoria “Gabby” Douglas is an artistic gymnast who became the first African American and woman of color in Olympic history to become the all-around individual champion during the 2012 Summer Olympics.

Douglas was born in Virginia Beach, Virginia to parents Timothy Douglas and Natalie Hawkins on December 31, 1995.  Her mother was a bank employee until she lived on Social Security after becoming unable to work due to an adverse reaction to prescription drugs. Her father, a Staff Sergeant in the Air National Guard, was mostly financially and emotionally absent from the lives of Douglas and her three siblings (Joyelle, Jonathan, and Arielle), often not paying child support after her parents separated when she was ten years old.

Home-schooled due to her intensive training, Douglas began gymnastics at the age of six when her older sister, Arielle, suggested classes to their mother. She was enrolled at Excalibur Gymnastics in Virginia Beach two years later and was coached by Dena Walker, and later Gustavo Moure.

Douglas won the Level 4 all-around gymnastics title at the 2004 Virginia Gymnastics Championships and numerous other regional championships since. After meeting trainer Liang Chow at an Excalibur camp, she joined his gym in West Des Moines in 2010. That year she placed in and helped her team win medals at numerous national and international competitions such as the Nastia Liukin Supergirl Cup, the CoverGirl Classic meet in Chicago, the U.S. Junior National Championships, and sharing team gold at the Pan American Championships in Mexico.

The next year, she shared team gold with the U.S. team at the City of Jesolo Trophy, and earned a silver medal at the CoverGirl Classic. At the 2011 U.S. National Championships in St. Paul, Minnesota, Douglas placed seventh all-around and in October of 2011, she helped the U.S. team win the gold medal at the World Artistic Gymnastics Championships hosted in Tokyo.

In March 2012 she shared team gold with the U.S. team at the Pacific Rim Championships, winning gold in uneven bars, and in June won gold at uneven bars again, bronze on the floor,  and silver all-around at the 2012 U.S. National Championships. She secured a spot on the U.S. Women’s Gymnastics team at the Summer Olympics, where the U.S. team won gold and she won the gold medal for the individual all-around, becoming the first woman of color to do so.

Douglas is still participating in gymnastics, and recently published an autobiography.