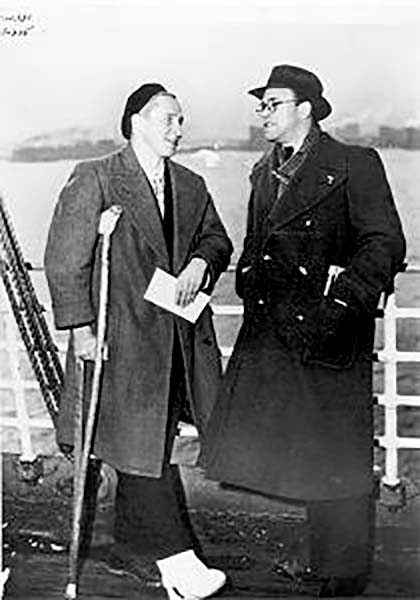 Trinidad-born dental surgeon and Spanish Civil War veteran Arnold Donowa was born on December 1895 in Trinidad.  Very little is known about his childhood there but by the early 1920s he was living in the United States and earned his D.D.S. from Howard University in Washington D.C. in 1922.  Donowa worked at the Royal College of Dental Surgeons in Toronto as well as the renowned child-oriented Fosythe Clinic in Boston before returning to Howard in 1929 as the first dean of its reorganized College of Dentistry.  After two years at Howard, however, he resigned to start a private oral surgery practice in Harlem, New York.

In 1934 Donowa joined the Communist Party in New York City.  For two years (1935-1936) following the Italian invasion of Ethiopia, he coordinated the collection and shipment of medical supplies, eventually becoming an officer of  United Aid for Ethiopia (UAE).  With Ethiopia’s defeat and the rise of Generalissimo Francisco Franco and his fascists followers in Spain who challenged the fledgling Spanish Republic, Donowa shifted his efforts to the Aid Spain campaign.  In 1937, Donowa responded to the American Medical Bureau’s call for volunteers to serve in the Spanish Civil War.  Donowa joined the volunteers.  Issued a passport on July 20, 1937, he set sail for Spain the following day.

Dr. Donowa arrived in Spain on August 16 and was slightly wounded on the same day during a fascist aerial bombing of the town of Port Bou.  Despite his wound, he was assigned to the American hospital at Villa Paz as Head of Oral Surgery.  Throughout his eighteen –month tour, Donowa’s work allowed him to become a popular figure in the American press where he was featured in mainstream, African American, and communist newspapers and journals.  He returned to the United States, arriving in New York on December 31,  1938.  After his return, Donowa continued to campaign for the Spanish Republic until its fall.

Lincoln Brigadiers who fought in Spain for the Spanish Republic fondly recalled the surgeon’s generosity to fellow veterans on their return from Spain.  He remained politically active in later years, gaining notice in 1945 for leading a group of African American dentists protesting anti-Semitic dental school quotas.  Donowa retired from his practice in Harlem in the late 1950s and returned to Trinidad, where he died in obscurity in 1964.

Although claimed by the Communist Party, Donowa’s politics were unclear.  Regardless, Doctor Donowa was an important leader among African American dentists and one of the few African Americans in the 1930s to cross racial lines to become a symbol to all opponents of fascism.