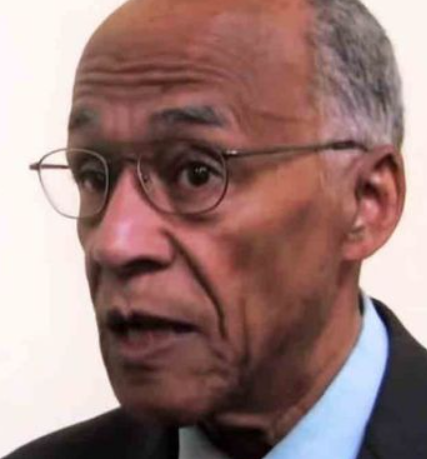 Donald Jasper Harris is a Jamaican American economist, author, and Professor Emeritus at Stanford University in Stanford, California, since his retirement in 1998. He is now best known as the father of Kamala Harris, the Democratic Party’s Vice-Presidential Nominee. Harris joined the Stanford faculty in 1972, when he became the first black scholar to be granted tenure in the Department of Economics, working as an Economics Professor. He was responsible for developing the Alternative Approaches to Economic Analysis program into a field of graduate study and he also taught the popular undergraduate course, Theory of Capitalist Development, for several years.

Donald Jasper Harris was born on August 23, 1938 in Brown’s Town, Saint Ann’s Parish, Jamaica to Oscar Joseph Harris and Beryl Christine Harris. Harris grew up in Jamaica and in 1956 entered University College of the West Indies which was affiliated with the University of London. He received his BA in 1960 from the University and came to the United States in 1963 where he earned his Ph.D. in Economics from the University of California, Berkeley (1966). He later became a naturalized U.S. citizen. His dissertation was titled Inflation, Capital Accumulation and Economic Growth: A Theoretical and Numerical Analysis. While involved in the civil rights movement at Berkeley and Oakland, Harris met Shyamala Gopalan, another UC-Berkeley graduate student, and the two married in July 1963 but divorced in 1971. They had two daughters, Kamala, the current U.S. Senator from California, and Maya, an attorney. Shyamala Gopalan died in 2009.

After receiving his Ph.D. Harris traveled around the world, presenting his research findings through consulting, seminars, and lectures. His work took him to Canada, Thailand, England, France, Holland, Kenya, Malaysia, and Singapore. Harris was a Fulbright Scholar in Brazil (1990, 1991), and in Mexico (1992). Harris took a leave of absence from Stanford to work at the University of the West Indies (1986-1987), directing the Consortium Graduate School of Social Sciences. From 1969 to 1971, Harris was an Associate Fellow in Clare Hall, Cambridge University, England, and he served as Distinguished Visiting Professor at Yale University from 1977 to 1978. He is the author of several books including Capital Accumulation and Income Distribution, published in 1978 by the Stanford University Press.