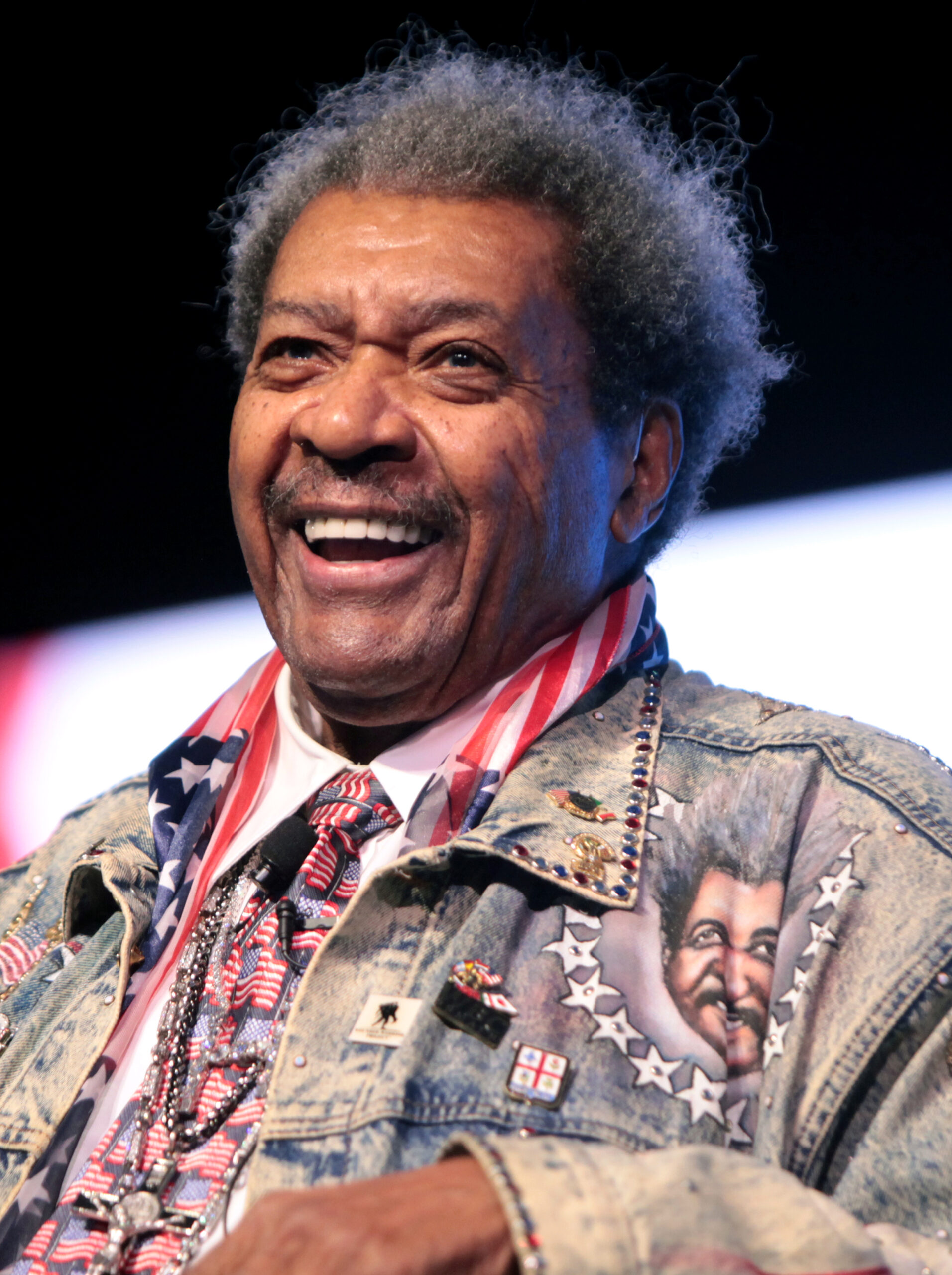 Boxing promoter Don King was born in Cleveland, Ohio in 1931. The son of a steelworker who died in a smelter explosion, King’s earliest success was the result of his ownership of a popular tavern, where many top black musicians performed, and an illegal bookmaking operation. In 1966, he fatally stomped a former employee named Sam Garrett over Garrett’s failure to pay off a $600 loss. Initially found guilty of second-degree murder and sentenced to life imprisonment, King’s sentence was mysteriously reduced by the presiding Judge Hugh Corrigan. He served only three years and eleven months. Ten years later, when Corrigan ran for the Court of Appeals, King arranged for heavyweight champion Muhammad Ali to campaign on his behalf.

King used his prison time constructively, absorbing everything he read in books concerning some of history’s greatest thinkers. Once he was released, he used his friendship with rock ’n’ roll songwriter/performer and boxing enthusiast, Lloyd Price, to form relationships with Muhammad Ali and boxing promoter Don Elbaum to promote a boxing exhibition involving Ali in Cleveland for the benefit of a local hospital. King, his primary motives notwithstanding, was a natural born promoter. As a larger than life figure, King was a shrewd businessman. Watching in awe, Elbaum told him that with his personality, and boxing’s need for a black promoter, King could take over all of boxing.

In 1974, King vaulted to the top of the boxing promotion field by securing the rights to promote a then record $10 million purse heavyweight championship fight between George Foreman and Muhammad Ali in Zaire, Africa. The next year he solidified his position when he promoted the epic third fight between Ali and Joe Frazier in Manila.

Operating under the name Don King Productions over the next two decades, King’s promotions established numerous records for boxers such as Ali, Robert Duran, Larry Holmes, Mike Tyson, and countless others.

Over the years, King has been the subject of numerous lawsuits filed by boxers and other parties who have alleged being cheated out of monies. King has also been under investigation for connection to organized crime and has been charged with tax evasion. A scandalous figure, there is no denying his enormous influence on boxing over the past four decades.

Don King was inducted into the International Boxing Hall of Fame in 1997.