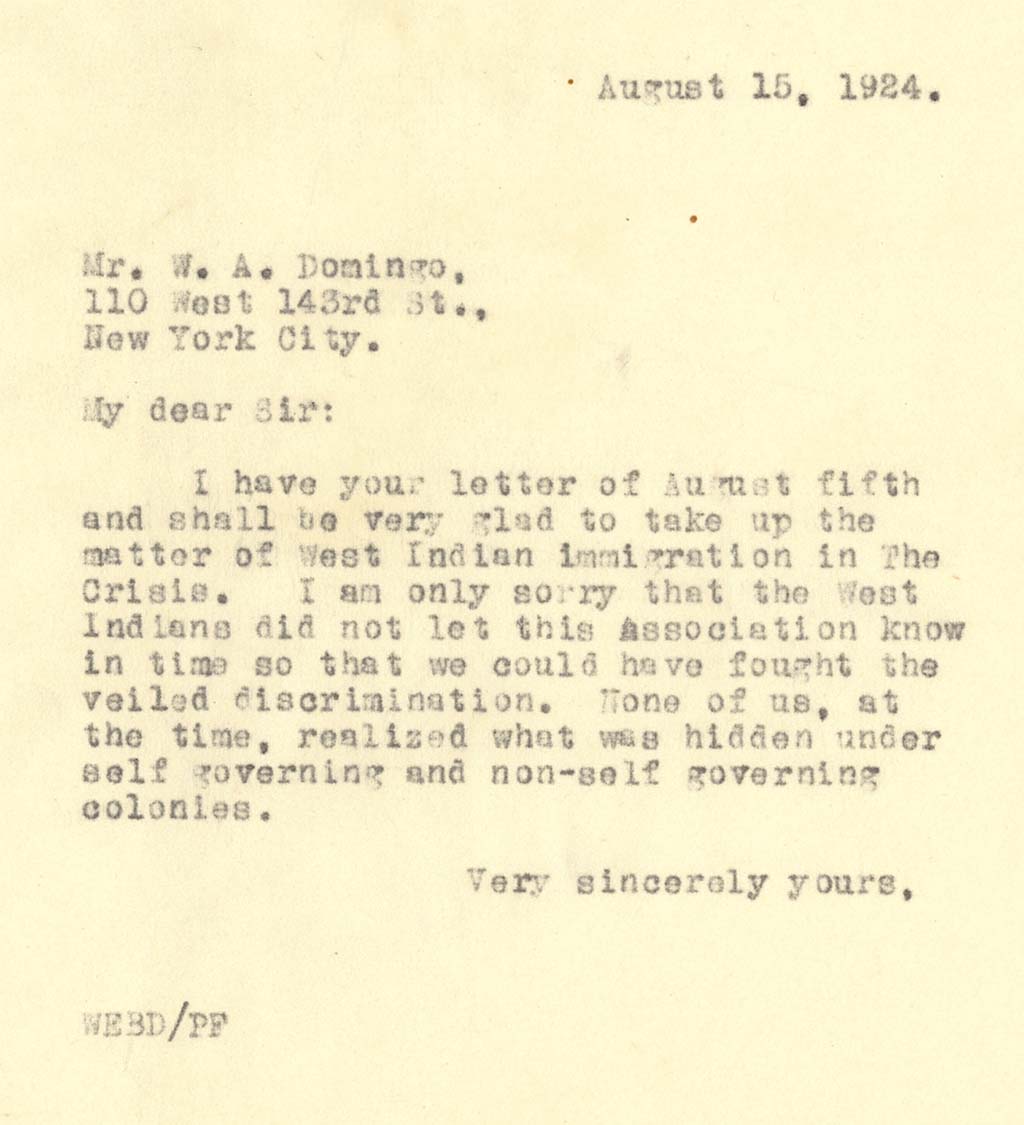 The Jamaican-born Wilfred Adolphus Domingo was part of an influential community of West Indian radicals active in Harlem’s New Negro movement in the early 20th century. Domingo was born in Kingston, Jamaica on November 26, 1889, the son of a Jamaican mother and Spanish father.  Orphaned at an early age, he was raised by his uncle and attended boarding school in Kingston. In 1912 at the age of 23 he left Jamaica for Boston, Massachusetts before eventually settling in Harlem, New York.

A member of the Socialist Party and a journalist by trade, Domingo contributed to Cyril Briggs’ Crusader and A. Philip Randolph’s Messenger, along with a host of other community publications. He became the first editor of Marcus Garvey’s New World and played a key role in shaping Garvey’s race-conscious, nationalist ideology. However, as a class-conscious member of the Socialist Party, Domingo clashed with Garvey’s capitalist orientation and ultimately broke with the UNIA. At the same time, Domingo was frustrated with the Socialist Party’s failure to make African American rights a priority and drifted toward Briggs’ more militant African Blood Brotherhood, which was closely aligned with the Communist Party in the early 1920s.

In the 1930s Domingo became increasingly focused on his homeland and the issue of Jamaican independence. In 1936 he confounded the Jamaica Progressive League in Harlem, which agitated for Jamaican self-rule, universal suffrage, unionization, and the organization of consumer cooperatives. Domingo returned to Jamaica in 1938 to join Norman Manley’s People’s National Party and served as vice-chair of the Trades Union Advisory Council. After returning to New York in 1947, Domingo broke with the PNP.