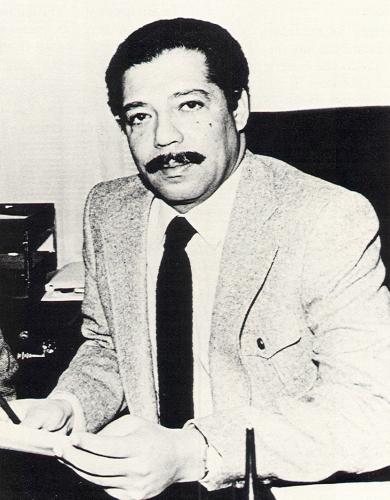 Born in Washington, D.C. on August 8, 1934, Julian Dixon represented part of Los Angeles in the U.S. House of Representatives for twenty-two years. After serving in the U.S. Army from 1957 to 1960, Dixon attended California State University, Los Angeles. He earned a bachelor’s degree in 1962 and entered Southwestern University Law School in Los Angeles, California.  He received a J.D. from the institution in 1967.  Dixon initially practiced law soon after his graduation but later served as an aide to California State Senator Mervyn Dymally.

In 1972, Dixon was elected to the California State Assembly representing West Los Angeles.  He was reelected twice and during his last term served as Chair of the Assembly Democratic Caucus.  In 1978, he was elected to a seat in the United States House of Representatives. As Democratic representative of California’s 32nd district, which includes much of west Los Angeles, Dixon joined campaigns for education, labor, health care, and environment reforms.  A strong supporter of mass transit, he used his influence to allocate federal money to improved public transportation in Greater Los Angeles.

Dixon was a staunch advocate for civil rights. For much of his life he was an active member of the Los Angeles branch of the National Association for the Advancement of Colored People (NAACP) and the local chapter of the Urban League. As a senior member of the Congressional Black Caucus, he backed legislation that called for the construction of a Martin Luther King Memorial in Washington, D.C. In addition, after the 1992 Los Angeles uprising, Dixon supported legislation that would provide business owners with money to rebuild their establishments.

Within the House of Representatives Julian Dixon served on committees concerned with defense, congressional ethics, and federal funding. He chaired several committees, including the House Ethics Committee and the Committee on Standards of Official Conduct.  As chair of the House Ethics Committee, he led the investigation of House Speaker Jim Wright in 1989.  While serving on the Appropriations Subcommittee on Foreign Operations, he authored the first sanctions legislation against South Africa.  In addition to serving as a delegate to every California State Democratic Convention between 1972 and 1978, he also represented his district at the Democratic National Conventions of 1976 and 1984.  In that year, Dixon became the first African American to Chair the Convention Rules Committee.