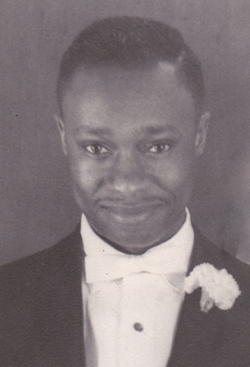 Eustace A. Dixon II, 20th century author and environmental health advocate, was born at home in Brooklyn, New York on July 9, 1934. He was the youngest child of Eustace A. Dixon, a native of Jamaica and Beulah Talbot, a native of Bermuda. Dixon graduated from Boys High School, Brooklyn, New York, in 1952 and enlisted in the U.S. Army during the Korean War where he served as a radio communications specialist.

In 1964 Dixon took a job in Camden, New Jersey working as a chemical technician for Campbell Soup.  At the time he was the only African American in his department.  Shortly afterwards he was hired as the first African American chemist at the Philadelphia Naval Shipyard in Pennsylvania. Later he served in the Naval Ship Systems Engineering Station (NAVSESS) at the Navy Yard.  He was also the Industrial Hygienist at the Navy Yard and worked with the Yard’s Equal Opportunity Office as the Hispanic Program Manager because he was multilingual.  Dixon retired from the Navy Yard in June 1995 after over 30 years of service.

Dixon’s interest in health and safety led him to write his first two books, New Jersey: Environment and Cancer (1982) which focused on environmental causes of cancer particularly in workplace environments, and Syndromes for the Layperson (1988) which was a medical dictionary that described medical terms and diagnoses.

Dixon was also a gifted songwriter and musician. He wrote over 200 songs during his lifetime, played multiple musical instruments, and enjoyed giving annual outdoor concerts in his backyard with fellow musicians. He wrote Gospel Music, Vocal Chords, and Related Issues which was published in 1992 and Voice Development and Preservation for Speaker, Singers, and Ministers (1998).

In 1997 at the age of 62, Dixon was diagnosed with sarcoidosis and then with prostate cancer. Nonetheless he continued his volunteer work, traveling as a missionary to the state of Kentucky in the U.S. as well as to Jamaica and Argentina. He continued his missionary work until his health began to rapidly deteriorate. Ironically Dixon had written of the dangers of asbestos in workplaces such as the Philadelphia Naval Shipyard where he worked and where he first became an environmental health advocate.

Dixon was the recipient of The Ruth Beaumont Public Education Award from The American Cancer Society for his early investigation of workplace-caused cancer.  He was also honored by the Philadelphia City Council for his volunteer work with the Church Musicians Society, Inc.