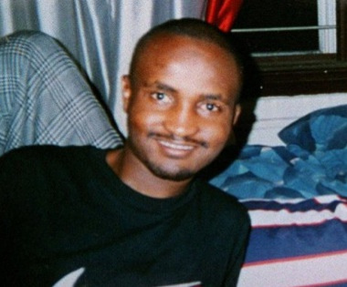 Amadou Diallo was a Guinean immigrant who lived in Manhattan, New York, and is unfortunately best known for being killed by New York City police after he was fired upon forty-one times outside his place of residence. Diallo was born on September 2, 1976, in Liberia to his Guinean parents, Saikou Diallo and Kadiatou Diallo, and was the eldest of their four children. His parents’ business of exporting gemstones between Africa and Asia gave him the opportunity to study in various countries, one of which was Thailand. Diallo studied both computer engineering and English. The latter led him to take an interest in American culture.

After the divorce of Diallo’s parents in 1989, he lived in Bangkok, Thailand, with his mother. He later left Bangkok for Guinea because he wanted to seek a blessing from his elders to study in the United States. In 1997, he arrived in New York City and went to work as a bicycle messenger. He later worked as a street peddler selling gloves, socks, and videos.

Early on the morning of February 4, 1999, four plainclothes New York City police officers were patrolling Diallo’s Bronx neighborhood searching for evidence of a serial rapist who lived in the area. At around 12:40 a.m., the four officers exited their vehicle and approached Diallo while he was in the vestibule of his building. While it is unclear if they identified themselves as police officers, they nonetheless sought to question Diallo who in turn did not respond to their request but instead reached into his back pocket. Upon seeing the object that was removed, one of the officers yelled “gun,” and all four officers began to shoot at Diallo. A total of forty-one shots were fired from the officers’ weapons. Nineteen shots hit Diallo’s body, and he was killed instantly. Neighbors called 911 after the shooting, and the attending officers called in the incident on their radios. Once additional officers arrived on the scene, they began an investigation. They discovered no gun; only a pager and a wallet were lying next to Diallo’s body.

Diallo was buried in Guinea where thousands attended his funeral. The shooting catalyzed protests in the city of New York because many believed the officers had acted without restraint. The four officers who were responsible for the shooting death of Diallo were indicted for second-degree murder and reckless endangerment, and their trial began trial on February 2, 2000. On February 25, 2000, all four of the officers were acquitted. In April of the same year, Diallo’s family sued the city of New York and the officers responsible for $61 million. The family later settled for $3 million dollars. Some of the money was used to create the Amadou Diallo Foundation and scholarship fund in 2005. The Diallo killing was the first in a series of high-profile police shootings that eventually sparked the Black Lives Matter movement.