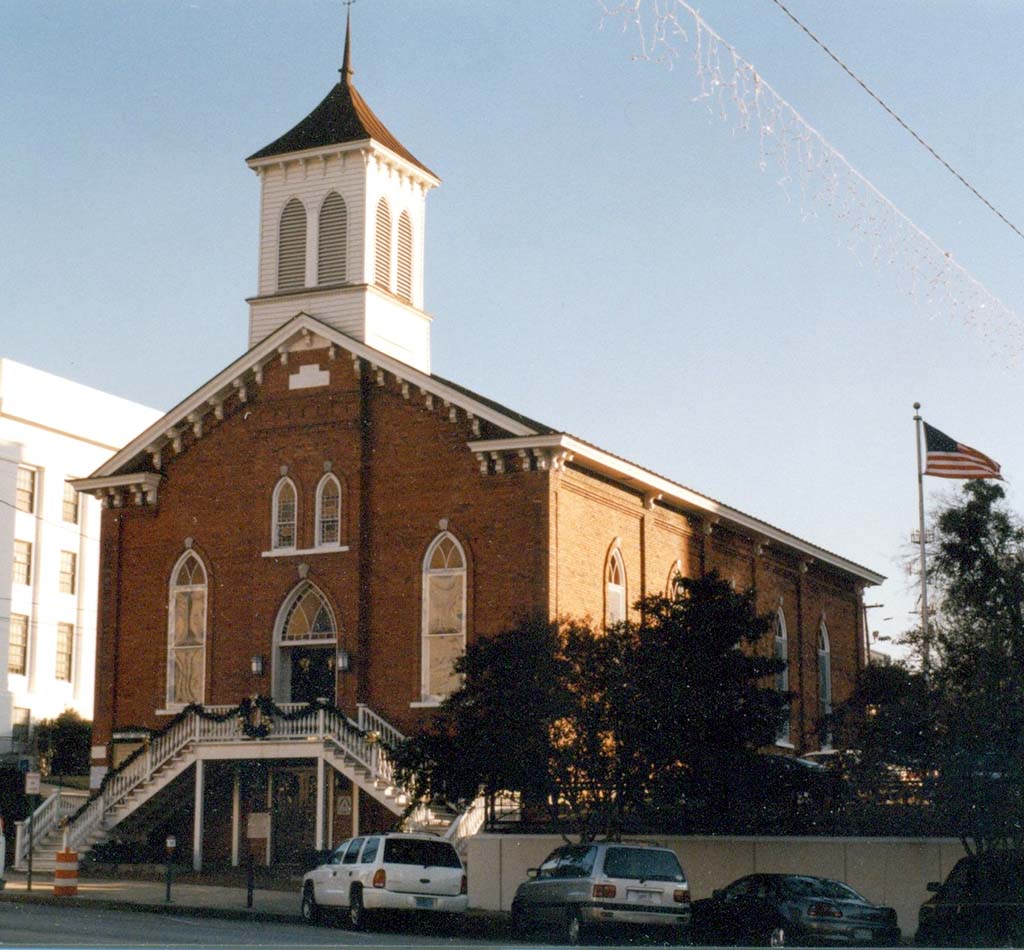 The Dexter Avenue Baptist Church was built in 1883 on the corner of Dexter Avenue and Decatur Street in Montgomery, Alabama.  The church served as a meeting place and planning hub for some of the most influential actions of the Civil Rights movement throughout the first half of the twentieth century.

The Dexter Avenue Church was built on a lot facing the Alabama State Capitol, on the site of a former slave trading pen. The choice of location, and the church’s refusal to move despite consistent threats from the white community, marked a tacit defiance of Jim Crow segregation and an early bend towards activism.

The church sponsored an annual lecture series throughout the early decades of the twentieth century that featured prominent African American leaders. Sunday school focused on Bible study, literature and music to the youth of the community. A vibrant missionary society in the early 1900s that fostered education, community welfare, and a joint anti-lynching campaign with the NAACP in 1920 led to a break with strictly accommodationists practices.

Dr. Martin Luther King Jr., who became the church’s minister in 1954, helped bring the congregation into the midst of the fight for Civil Rights. The Montgomery Improvement Association, which was formed in the early 1950s, met in the church basement for the planning for the MIA’s Montgomery Bus Boycott of 1955. Ten years later in 1965, upon arrival in Montgomery after the historic Selma marches, King delivered his speech in front of the Alabama capitol, facing Dexter Avenue Baptist Church.

From the early days of Jim Crow resistance, through the anti-lynching campaign in 1920 and the Bus Boycott in 1955, the Dexter Avenue congregation was important in the struggle for Civil Rights. As a planning site, and as a force of community change, Dexter Avenue Baptist Church was integral to the Civil Rights movement in Alabama, and the nation as a whole.