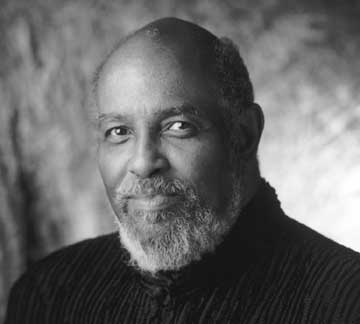 The African American conductor James DePreist was the nephew of the singer Marian Anderson. DePreist was the Permanent Conductor of the Tokyo Metropolitan Symphony Orchestra, Laureate Music Director of the Oregon Symphony, and Director of Conducting and Orchestral Studies at the Juilliard School. DePreist has previously led L’Orchestre Symphonique de Québec, the Malmo Symphony in Sweden, and L’Orchestre Philharmonique de Monte Carlo.

James DePreist was born in Philadelphia, Pennsylvania in 1936.  He studied composition at the Philadelphia Conservatory of Music, and earned both his B.A. and M.A. at the University of Pennsylvania.  He contracted polio while in Bangkok, Thailand on a State Department tour in 1962, which left him paralyzed in both legs and forced to use a wheelchair for the rest of his life. Nonetheless, he won first prize in the Dmitri Mitropolous International Conducting Competition.  Leonard Bernstein chose him as Assistant Conductor for the 1965-66 season of the New York Philharmonic.  DePreist’s European debut was with the Rotterdam Philharmonic in 1969.  Two years later, he was appointed Associate Conductor of the National Symphony in Washington, D.C.

DePreist had over 50 recordings to his credit.  Among his discs is Delos 3278, which features two important works by Igor Stravinsky, “The Rite of Spring” and “The Firebird Suite.”  In 2000, DePreist was awarded the Ditson Conductor’s Award by Columbia University.  Sidelined by a kidney transplant in December 2001, DePriest returned to the podium the following March, in a concert attended by his wife Ginette and his doctors, to whom he expressed his appreciation.  A published poet, DePreist won the National Medal of Arts in 2005.  In 2004, James DePreist stepped down as conductor of the Oregon Symphony, ending a 24-year association with the orchestra.