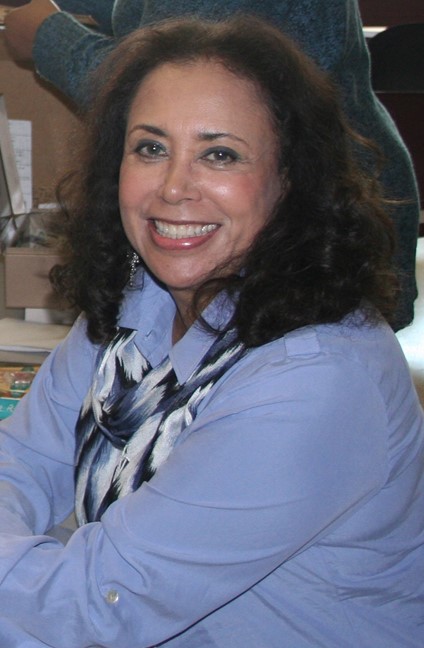 Actress and activist Denise Nicholas spent over thirty years as a television actor before embarking on a new career as a writer. While she appeared in several films, she made her greatest mark as a television actress, most notably in the hit shows Room 222 (1969-74) and In the Heat of the Night (1988-95).

Donna Denise Nicholas was born on July 12, 1944 in Detroit, Michigan to Louise and Otto Nicholas. Following her mother’s re-marriage, she moved to Milan, Michigan, where she graduated from Milan High School in 1961. She enrolled at the University of Michigan but withdrew in her sophomore year to join the Free Southern Theater (FST) in Mississippi at the height of the Civil Rights Movement. Touring Mississippi and Louisiana with the socially-conscious theater group, she experienced first-hand the dangers of deep-south racism, including confrontations with the Ku Klux Klan.

In 1963 she moved to New York, where she became a member of the Negro Ensemble Company. In the late 1960s she was tapped to play Liz McIntyre, a high school guidance counselor in Room 222, a long-running comedy drama series for which she received two Golden Globe nominations.

Although Nicholas is not known primarily as a blaxploitation actress, she had supporting roles in Blacula (1972) with William Marshall and The Soul of Nigger Charley (1975) with Fred Williamson. She also appeared in two films that starred Sydney Poitier and Bill Cosby, Let’s Do It Again (1975) and A Piece of the Action (1977). In addition she made dozens of guest appearances on a number of TV series, including Rhoda (1975), The Paper Chase (1979), Diff’rent Strokes (1980), The Love Boat (1980-82), and The Cosby Show (1989).

Nicholas married three times, first to Gilbert Moses, the co-founder of the Free southern Theater (1964-65), then to soul singer Bill Withers (1973-74), and finally to Jim Hill, the NFL player-turned-sportscaster (1981-84). Tragedy struck her family in 1980 when her half-sister Michele, an Ebony magazine editor, was shot to death, her body found in a rented car at New York’s LaGuardia Airport, in a still unsolved murder.

Ten years Nicholas was forced to re-live the event in a two-part episode of the hit show In the Heat of the Night, in which she had a principal recurring role from 1989-1995. Nicholas played Harriet DeLong, a councilwoman in the small Mississippi town of Sparta, and the eventual love interest of the town’s chief of police, played by Carroll O’Connor. In the May 1990 season-ending episode, DeLong’s sister is murdered.

It was during her tenure on this show that Nicholas began to write, scripting six episodes. Eventually she enrolled in a writing program at the University of Southern California, publishing her first novel, Freshwater Road, in 2005. The book told the story of a young college student from Detroit who travels to Mississippi to be a part of the 1964 “Freedom Summer.” Nicholas continued to write, later branching into drama.