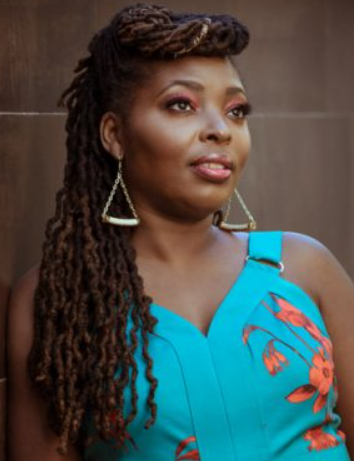 American author and journalist Denene Millner was born on October 21, 1968. She grew up in Bay Shore, New York, raised by her adoptive parents, James and Bettye Millner. She earned a Bachelor of Arts in Communications from Hofstra University in Long Island, New York in 1990.

Millner began her career as a reporter for the Associated Press and the New York Daily News. She was also a journalist for Parenting magazine and has contributed articles to other magazines including Essence, Ebony, Redbook, and Family Circle. Additionally, she has authored over 25 books and has co-authored Straight Talk, and Act Like a Lady, both of which became #1 New York Times best sellers. Her achievements earned her TV and radio appearances on the Today Show, The Meredith Vieira Show, National News Network (HLN) and National Public Radio (NPR).

Her book-writing career began in 1997, with her bestselling advice book, The Sistahs’ Rules. Her other books include I am Charlie Wilson, co-authored with R&B performer, Charlie Wilson, The Angry Black Woman’s Guide to Life, No Chaser, and Think Like a Man, which was co-authored with Steve Harvey. Millner wrote the novelization of the screenplay for Dreamgirls and for Sparkle, both in 2012. Another novel, The Vow, eventually became a movie renamed as With This Ring that premiered on the Lifetime Network on January 24, 2015.

Denene Millner also wrote the young adult novel Miss You, Mina, which was written for Scholastic, an educational magazine published for classrooms and individual readers. Millner co-authored a teen book series, Hotlanta, also published by Scholastic, and three children’s books, including My Brother Charlie, written with Holly Robinson Peete. Miss You, Mina was the first in the popular Scholastic Candy Apple book series for tweens to feature an African American lead character.

In 2011, Millner was chosen by Black Voices website as one of the 40 Influential Female Writers. In 2016, Millner became an editor at Bolden Books with her own imprint.

In 2017, in partnership with Agate publishers, Denene Millner launched her own publishing company, Denene Millner Books. In her new role as contributing editor at Agate, Millner will lead the acquisitions for her imprint, Bolden Books, focusing on fiction and nonfiction for young readers. The new company plans to present four new titles per year. The first work, Early Sunday Morning, was offered in February of 2017.

Additionally, Denene Millner authored My Brown Baby: On the Joys and Challenges of Raising African American Children. She also founded a blog to support race and parenting: mybrownbaby.com.

Millner lives in Atlanta, Georgia, with her husband, Nick Chiles, and their two daughters.