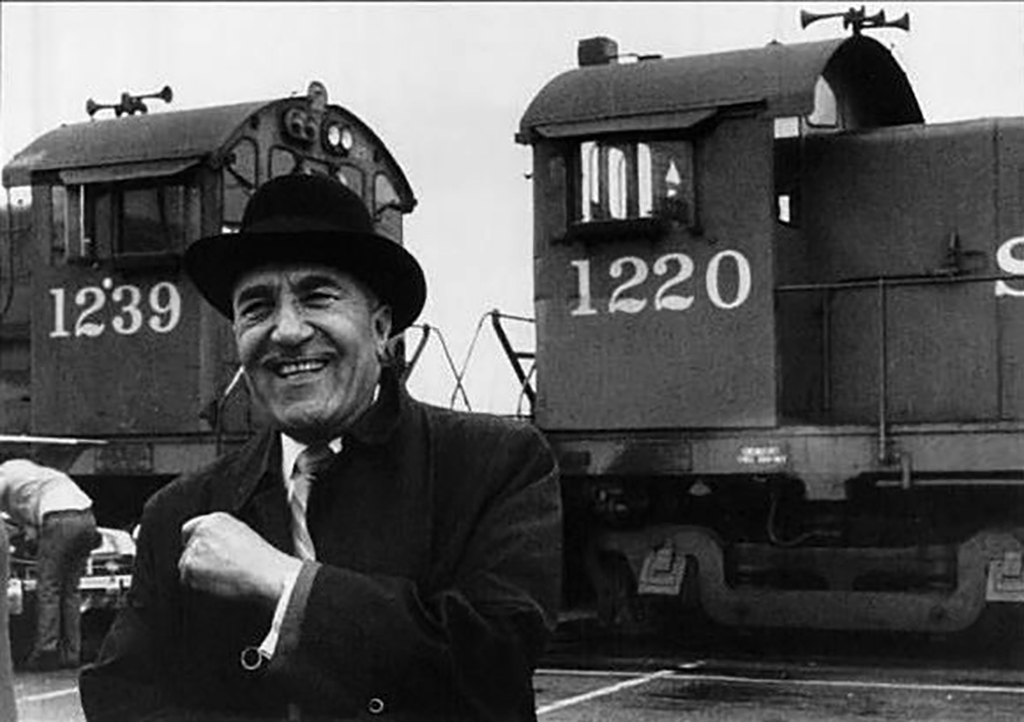 Cottrell Lawrence Dellums was born in Corsicana, Texas and came to the San Francisco Bay area as a young man.  He became a major African American trade union activist, and was the uncle of Ron Dellums, who represented Oakland in the U.S. Congress for many years, and for whom he was a powerful role model.

In the 1920s virtually all of the sleeping car porters who worked on the luxury cars — provided for passenger trains by the Pullman Sleeping Car Company — were African American men, while all of the supervisors were white men.  Dellums became one of the porters where he earned $2 per day.  In stark contrast to the stereotypical image of porters in that era, Dellums dressed well, had good diction, and always carried himself with dignity.  However, the meager wages forced Dellums to supplement his income by running a billiard parlor in West Oakland.

The low pay and poor working conditions prompted Dellums to join the Brotherhood of Sleeping Car Porters, then being organized by A. Philip Randolph.  Upon hearing of his joining the union, he was fired by the Pullman Company.  The Brotherhood then hired Dellums to work full time as a union organizer.  Soon afterwards Randolph named him  West Coast vice president.  Dellums helped the Brotherhood win its collective bargaining agreement with the Pullman Company in 1937.

Along with Randolph, Dellums, who served as western regional director of the NAACP, was one of the principal organizers of the March on Washington Movement in 1941.  He also served on the wartime Fair Employment Practices Committee.  One of his chief adversaries on that committee was California Governor Earl Warren, who later became Chief Justice of the U.S. Supreme Court.  In the 1960s Dellums succeeded Randolph as national president of the Brotherhood of Sleeping Car Porters.  He died in Oakland in 1989.  One decade later Oakland’s Amtrak Station was dedicated to C.L. Dellums.