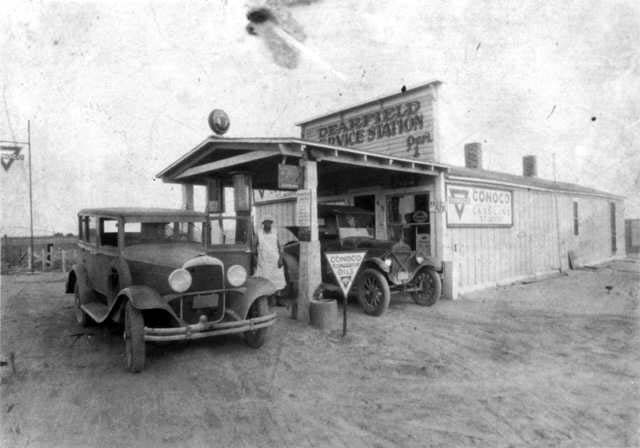 On May 5, 1910 after four years of searching for a location that would accommodate two hundred families, Oliver Toussaint Jackson established Dearfield, a black agricultural colony on the arid high plains of Colorado.  Jackson managed to gain the support of the Colorado chapter of the National Negro Business League, but the group withdrew their support after Booker T. Washington, the national president, refused to endorse the project.  Unable to acquire another backer for the project Jackson and a few brave families began the settlement on their own.

According to Jackson, during the first winter in Dearfield only two of the seven families “had wooden houses and the suffering was intense.”  He said “buffalo chips and sagebrush was our chief fuel. Three of our horses died from starvation and the other three were too weak to pull the empty wagon.”

Unfortunately the end of World War I in 1918 also brought an end to the settlement’s sturdy growth. As the demand for their crops dropped the families began to default on their mortgages and equipment loans. One by one the families sold their farms until there were only twelve people living in Dearfield in 1940. The last resident was Jackson’s niece Jenny Jackson, who lived there until her death in 1973.

Today the Black American West Museum and Heritage Center is working on the preservation of the town. They have acquired 16 acres and the O. T. Jackson and Squire Brockman houses. Their preservation plans call for the construction of a visitor center by the year 2010, the 100th anniversary of Dearfield.