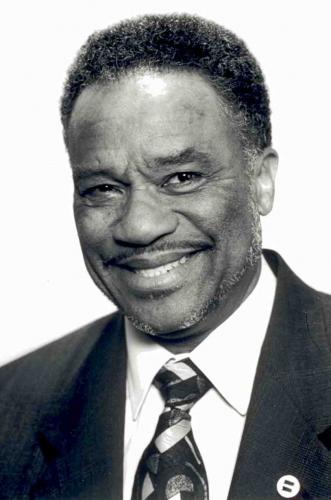 Thomas Dixon, born in Sparta, Georgia, on March 28, 1931, was the founding director of the Tacoma Urban League and one of Tacoma’s civil rights leaders during the 1960s and 1970s.  Having spent his professional life in Tacoma, Dixon nonetheless retains a deep connection to his birthplace.  His grandfather, a former slave, began to buy land and plant cotton, eventually accumulating 1,500 acres and becoming one of the largest black landowners in the county.  Illiterate himself, his grandfather saw that all of his eighteen children were educated.  Dixon’s father graduated from Morehouse College and became a doctor.  The two men were powerful influences on Dixon, who was eleven when his father died.

Dixon credits an aunt who was an educator with encouraging him to attend college.  Unsure of his direction, he joined the Air Force in 1951 and in 1955 was assigned to Japan.  He completed college at Sophia University in Tokyo in 1960 with a degree in sociology and economics.  In 1971 Dixon received a master’s degree in urban studies from the University of Puget Sound in Tacoma.

From 1961 to 1964 Dixon was assigned to McChord Air Force Base, Washington, and in 1964 given a medical discharge.  After a year where he was unable to obtain work in the Tacoma area, the national Employment Security Department offered an opportunity to attend the University of Washington to become an employment specialist.  In 1966 he became the first director of the Hilltop Multi-service Center, serving Tacoma’s most impoverished neighborhood. The following year he worked for the state Office of Economic Opportunity, helping establish multi-service centers throughout Washington based upon the Hilltop model.  In 1966, when a committee formed to study the feasibility of a Tacoma office of the Urban League, Dixon was chosen to lead it.

Dixon became Executive Director when the Tacoma Urban League received its national charter in 1968.  As the new director, he led a black advocacy group urging the conservative City Council to accept a Model Cities grant directed to the Hilltop.  When racial violence erupted in Tacoma in 1969, in what would popularly be known as the Mother’s Day Disturbance, Dixon was among the African American leaders who helped quell violence and win concessions from the city.

Within a few years, the Tacoma Urban League ran wide-ranging programs in job training and employment, education, community and economic development, and social and health services.  In 1976 the Tacoma Urban League dedicated a new building, the first local affiliate in the nation to build and own its own building.  Dixon led the organization until 2000, when he was named President Emeritus.