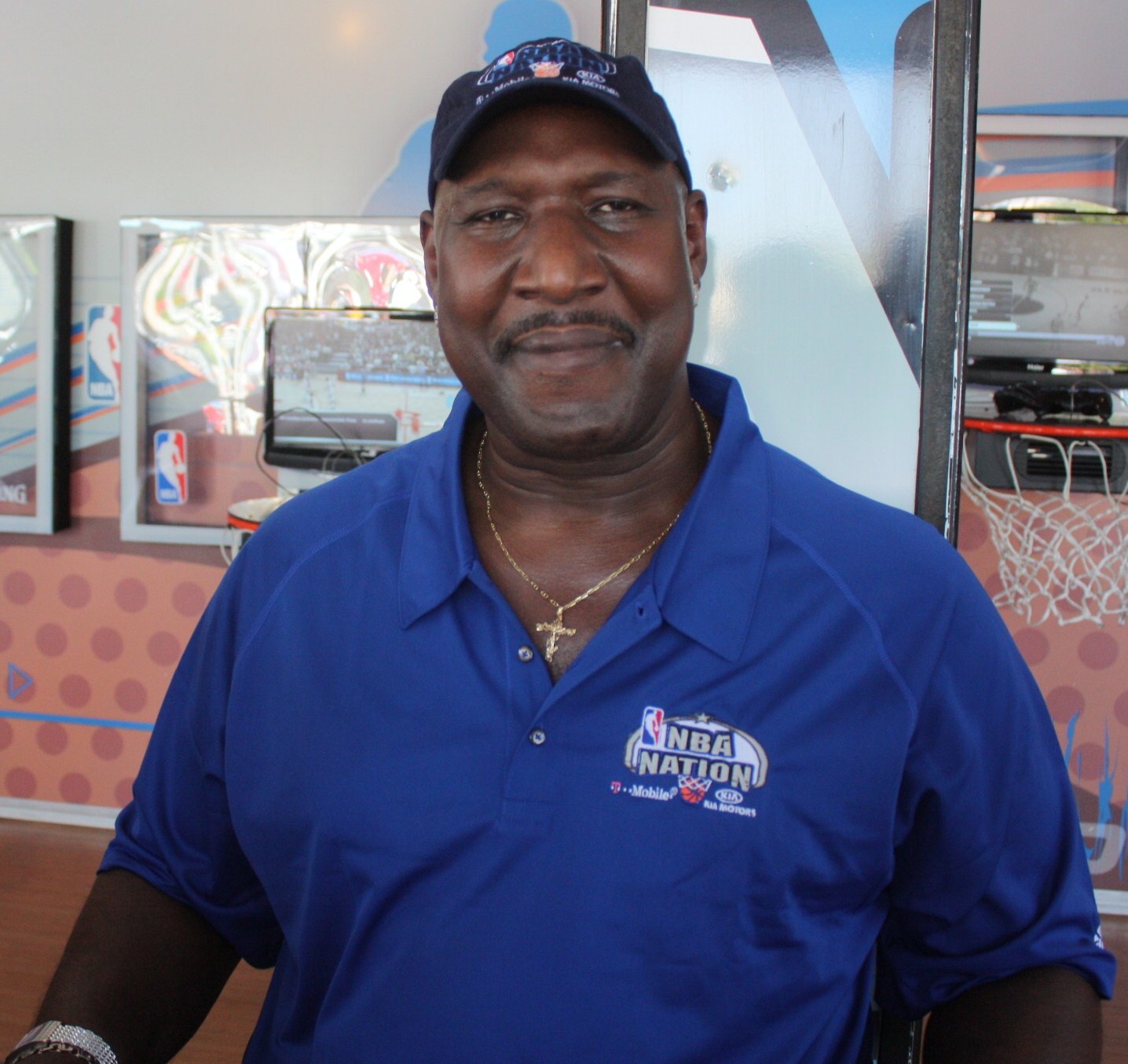 Darryl Dawkins (also known as Chocolate Thunder—a name music legend Stevie Wonder gave him), was born in Orlando, Florida, on January 11, 1957. Born to Harriet James and Frank Dawkins, he was raised by his grandmother, Amanda Celestine Jones, in Orlando where he attended Maynard Evans High School. In 1975, he became the first player ever drafted out of high school directly into the National Basketball Association (NBA). Dawkins was drafted in the first round, going fifth overall in the NBA draft.

During his high school career, as a 6-foot-10-inch senior, Dawkins averaged thirty-two points and twenty-one rebounds per game, making him one of the most heavily recruited players in the country. University basketball powerhouses such as the University of Kentucky, University of Florida, and Kansas University all wanted him, but he decided to forgo college and go straight into the draft, where he was selected by the Philadelphia (Pennsylvania) 76ers. When he was drafted, Dawkins signed what was then a record-setting seven-year contract worth $1 million.

Dawkins sat out his first two seasons with Philadelphia primarily on the bench. In his second season, he received limited minutes so he could help his team to the NBA finals and guard against the skilled centers (big men) they would have to play to get there. After making it to the finals, the 76ers were eventually beaten in a six-game series by the Portland Trailblazers led by Bill Walton.

Throughout his next three years with the 76ers, Dawkins became a key player on the team, averaging 13.5 points and 7.9 rebounds per game for the franchise. He was not only a productive big man but also consistently had one of the highest shooting percentages in the league, shooting over 60 percent from the field one season.

After his run with the 76ers, Dawkins played a few seasons with the New Jersey Nets, where in 1983–1984 he averaged a career-high 16.8 points per game and completed 59 percent of his attempted field goals. He helped the Nets post their best record up to that point at 49–33. After two more seasons with the Nets, Dawkins was traded around the league mainly because by that point in his career, he had become injury prone. He was traded to the Utah Jazz, who then traded him to the Detroit (Michigan) Pistons, with whom he won the NBA championship in 1989. The Pistons, however, traded him to the Orlando Magic at the end of the season. After that trade, he left the NBA and the United States to play overseas in Italy.

Dawkins is most famous for his iconic, backboard-shattering dunks during the 1979 season. He named the first dunk “The Chocolate-Thunder-Flying, Robinzine-Crying, Teeth-Shaking, Glass-Breaking, Rump-Roasting, Bun-Toasting, Wham-Bam, Glass-Breaker-I-Am-Jam.” After his career in the NBA and overseas, Dawkins held various positions as a player and coach for various teams in lesser-known professional leagues. Dawkins and coauthor Charley Rosen, released his autobiography, Chocolate Thunder: The Uncensored Life and Times of Darryl Dawkins in 2003.

Darryl Dawkins died of a heart attack at age fifty-eight on August 27, 2015, in Allentown, Pennsylvania.