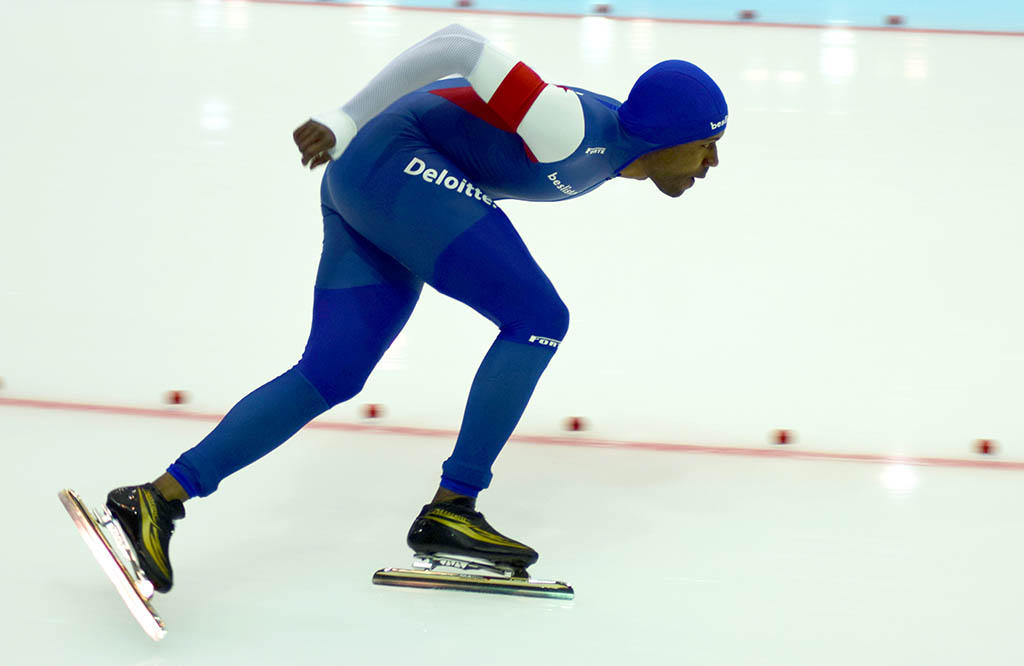 Born August 13, 1982in Chicago, Illinois, Shani Davis learned to roller skate at the age of two, Davis switched to ice skating when he was six and soon afterwards started training as a speed skater.  He eventually joined the Evanston Speedskating Club and entered competitions. At the age of 10, Davis and his mother moved from Hyde Park in the South Side of Chicago to Rogers Park on the north side to be closer to the training center in suburban Evanston. His mother, a legal secretary, paid for his equipment, training and travel to competitions.

Davis won national age group championships in 1995, 1997, 1999, 2000 and 2003 and won a North American Championship in 1999. For three years in a row, from 2000 to 2003, Davis qualified in short-track and long-track for the Junior World Teams. In 2002, Davis qualified for the Olympic games, the first African American Olympic speed skater for the United States.

During the 2004-2005 season, Davis was the first U.S. skater to make all three world teams –  World Sprint, World Allround and World Short Track. He medaled at each event. In February 2005, he won gold at the World All-Around Long Track Championships in Moscow, becoming the first African American to win the event. He repeated the victory in March 2006 in Calgary.

Davis’s career has not been without controversy. He signed an individual five-year sponsorship with DSB Bank of Holland, rather than wearing the logos requested by U.S. Speedskating of America, which led to his leaving the U.S. Speedskating Association. He has also received criticism for not participating in the team events in the 2006 Olympics, and the behavior of his mother as his manager.

Shani Davis trains in Calgary and is working on his undergraduate degree at Northern Michigan University in Marquette.