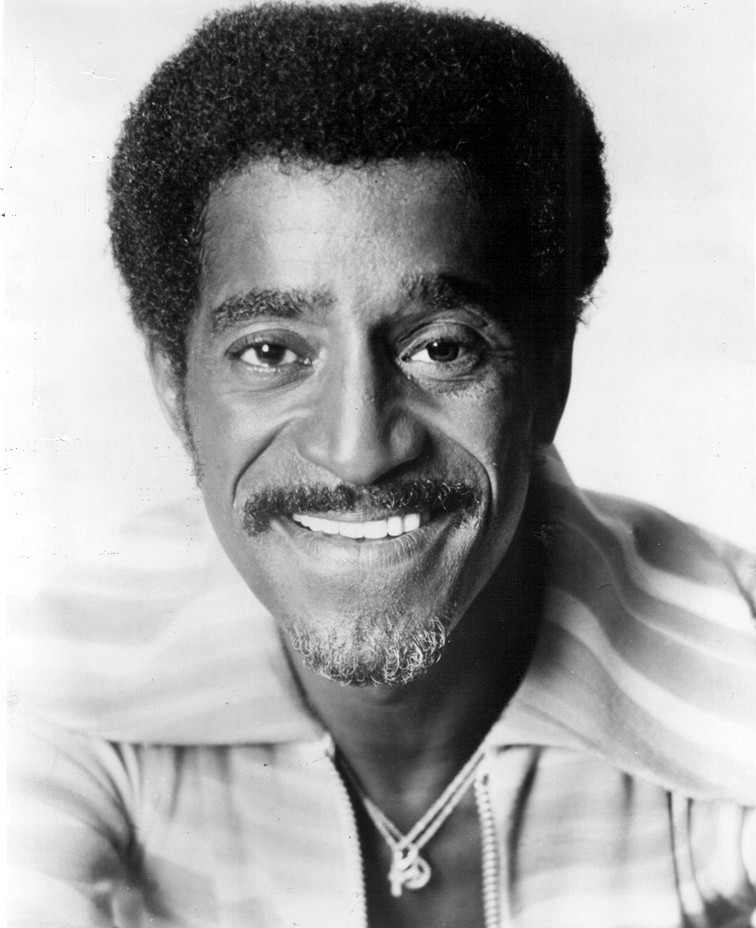 Hear a soundtrack specially chosen to enhance your learning about Sammy Davis, Jr. (1925-1990)

Sammy Davis, Jr. was born on December 8, 1925 in Harlem, New York. His parents, Sammy Davis, Sr., an African American, and Elvera Sanchez, a Cuban American, were both vaudeville dancers.  They separated when young Davis was three years old and his father took him on tour with a dance troupe led by Will Mastin. Davis joined the act at a young age and they became known as the Will Mastin Trio. It was with this trio that Davis began a lucrative career as a dancer, singer, comedian, actor, and a multi-instrumentalist.

During World War II, Davis joined the Army, where he for the first time confronted racial prejudice. In the service he joined an integrated entertainment Special Services unit, and found that while performing the crowd often forgot the color of the man on stage.

After his discharge from the Army Davis rejoined the Will Mastin Trio and soon became known in Las Vegas, Nevada as the kid in the middle.  On November 19, 1954, with the act in Las Vegas finally getting off the ground, he was involved in a serious car accident on a trip from Las Vegas to Los Angeles, California.  Davis lost his left eye and wore a glass eye for the remainder of his life. During his long hospital stay, Davis converted to Judaism after reading a history of the Jews and seeing a parallelism between Jewish and black cultures.

Davis resumed his career and quickly began to achieve success on his own by 1956 when he appeared in the Broadway show Mr. Wonderful. Soon afterwards he was a headliner at the Frontier Casino in Las Vegas for many years.  In his first years at the Frontier he could not reside at the hotel where he performed, gamble in its casino or go to its bars or restaurants. After he became an “A list” celebrity, Davis refused to work at venues which would practice racial segregation. His demands eventually led to the integration of Miami Beach, Florida nightclubs and Las Vegas, Nevada casinos.

During the late 1950s Davis appeared in the feature films Anna Lucasta, Porgy and Bess, and Ocean’s Eleven. It was the filming of Ocean’s Eleven in 1960 that led to his friendship with Frank Sinatra.  Davis, Sinatra, Dean Martin, Peter Lawford and Joey Bishop became known as the Rat Pack. In the same year Davis married white, Swedish-born actress May Britt. This interracial marriage caused controversy for the couple.  At the time such marriages were illegal in 31 states.  Only a U.S. Supreme Court decision in 1967 eliminated these bans.  Britt and Davis divorced in 1968 and two years later he married Altovise Gore, a dancer in the Broadway play Golden Boy.  Davis and Gore were married on May 11, 1970 by Rev. Jesse Jackson.

Although perhaps the most well-known black performer in the U.S. in 1961, Davis still faced racism at the White House. When Frank Sinatra arranged for the Rat Pack to perform at an inaugural ball for newly elected John F. Kennedy, Davis was unceremoniously removed from the program. Partly because of this incident, Davis developed a friendship with Kennedy’s political rival, Richard Nixon.  While Davis embraced the Republican Party he nonetheless actively supported the civil rights movement during the 1960s, appearing publicly with leaders such as Dr. Martin Luther King, Jr. and raising thousands of dollars in benefit concerts to support civil rights activists.  In 1972 Davis once again caused controversy by giving President Richard Nixon a warm hug during the Republican National Convention in Miami.

Davis had a long successful career which included Broadway performances, a Grammy Hall of Fame Award, and an Emmy Award for Outstanding Variety, Music and Comedy Special. His recording of “The Candy Man” was a #1 hit in 1972 earning him a Pop Male Vocalist of the year Grammy nomination.