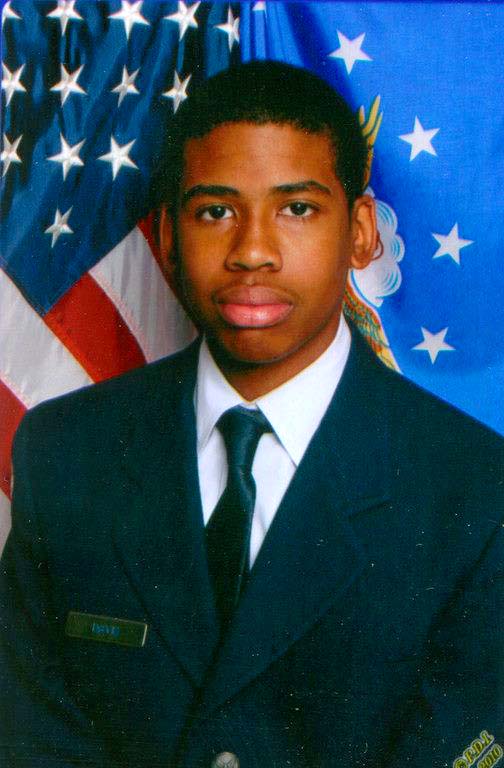 In 2012 Jordan Russell Davis, a seventeen-year-old high school student in Jacksonville, Florida, was shot and killed by Michael David Dunn, a software developer, following an argument between the two of them over loud music.  Davis’s death helped inspire the Black Lives Matter Movement and contributed to the national debate over the killing of unarmed black teenagers.

Jordan Davis was born on February 16, 1995, to Lucia and Ron Davis in Atlanta, Georgia. His parents later divorced and Davis spent much of his childhood living in Atlanta, Georgia or Jacksonville, Florida where his father resided. On November 23, 2012, Davis and three of his friends, Leland Brunson, Tommie Stornes, and Tevin Thompson, stopped at the Gate gas station in Jacksonville to buy gum and cigarettes. Stornes, the driver, went to the store to make the purchase. Meanwhile, Dunn and his girlfriend Rhonda Rouer pulled into a parking spot. Rouer went into the store to purchase white wine and chips. Davis and his friends were playing hip-hop music, and Dunn, sitting in his car, complained to Davis and his friends that the music was too loud and to turn it down. Tevin Thompson complied but Davis told him to turn the music back up.  According to witnesses, Davis and Dunn continued to argue with Jordan Davis cursing Dunn and calling him a racially derogatory word.

According to Dunn, Davis threatened to kill him and opened his car door and pointed what appeared to be a shotgun. Dunn took his handgun from the glove compartment of his car and began to fire at Davis. The bullets hit Davis in the legs, lungs, and heart. Dunn opened his car door, got out of his vehicle and continued to fire at Davis, claiming he feared for his safety. After the shooting, Stornes drove Jordan Davis, who was still alive, a short distance to a nearby parking lot to get away from Dunn. Dunn’s girlfriend Rhonda Rouer returned to the car and then the couple went back into the convenience store and ordered pizza. Rouer later testified in trial that Dunn never mentioned the shooting to her. On February 18, Dunn was arrested by Jacksonville police after investigators found no weapons in the SUV Davis was in.

Dunn’s trial for the murder of Jordan Davis began in Jacksonville on February 12, 2014. The prosecution showed that Davis could not have opened his car door and pointed a shotgun at Dunn because child safety locks were on.  During the closing arguments of the trial, however, defense lawyers for Michael Dunn cited the language of Florida’s Stand Your Ground law as reason for the jury to acquit their client. That law allowed that one had the right to use deadly force if attacked, and Dunn claimed he feared for his life.

On February 14, 2014, a mistrial was called when the jury couldn’t reach a verdict on Dunn’s first-degree murder charge.  During the second trial that began on September 22, 2014, Dunn was found guilty of first-degree murder, attempted second-degree murder, and firing into a vehicle. He was sentenced to life in prison without the possibly of parole plus 90 years.