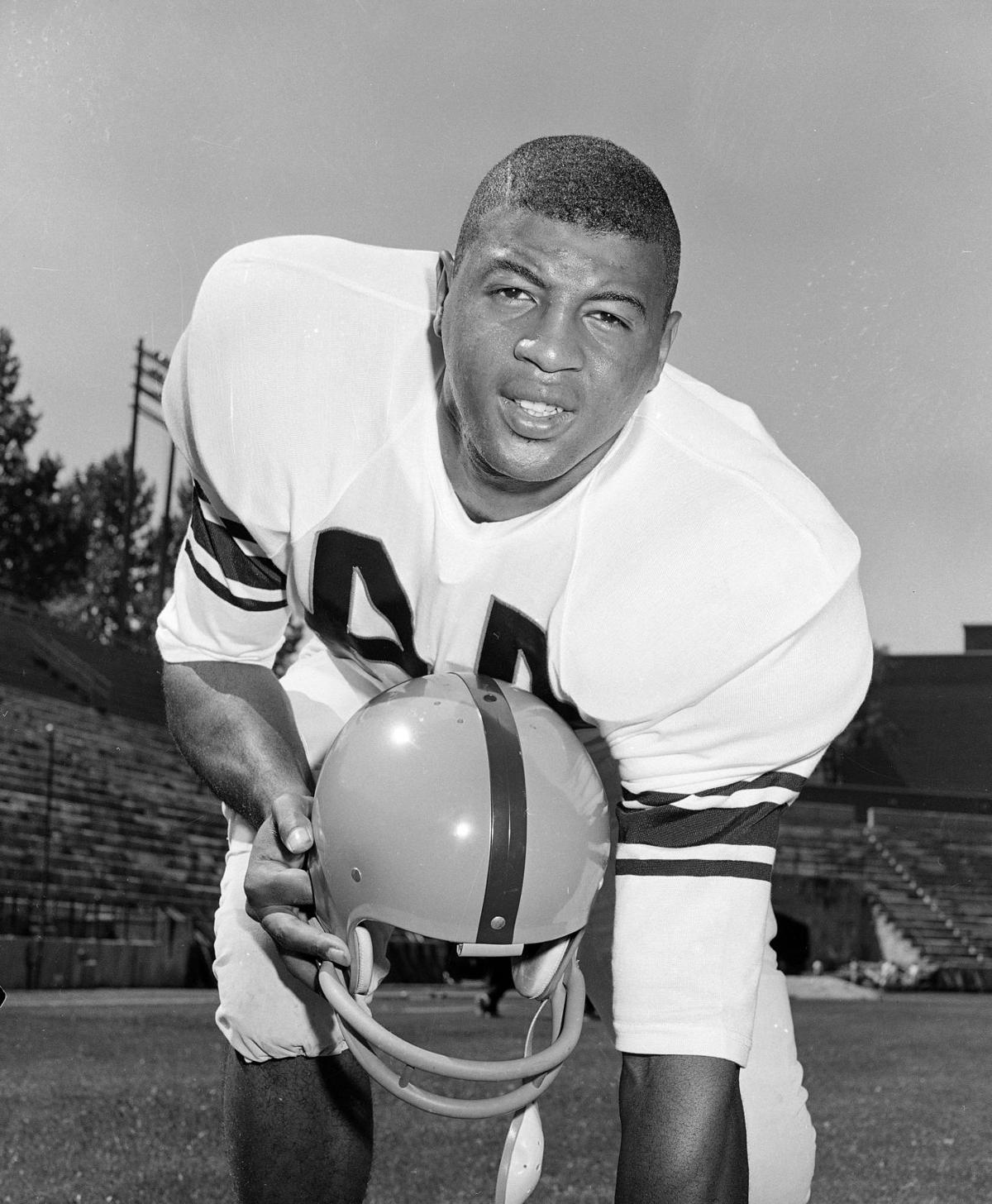 Ernie Davis as a Junior at Syracuse, 1959
Courtesy Associate Press, Fair use image

Ernie Davis is best known for being one of the greatest football players in college football history and the first black person to win the Heisman Trophy. In the process, Davis became an icon for an integrated America and for African Americans achieving the American Dream in a manner similar to Jackie Robinson desegregating Major League Baseball in 1947.

Ernie Davis was born in New Salem, Pennsylvania, and raised in Uniontown, Pennsylvania and Elmira, New York. At the Elmira Free Academy he was a standout academically and athletically where he played football, basketball, and baseball. He earned All-American honors in football in his junior and senior years at the Academy. As a result, Davis was offered over 50 scholarships. He chose Syracuse University (SU) at the request of SU alum and football legend Jim Brown. At Syracuse he was immediately compared to Brown.  He was promoted to the varsity team as a freshman and given Brown’s number 44—which started SU’s storied tradition of legendary players (usually running backs) wearing and passing down number 44.

Davis gained national renown as the “Elmira Express” in his first year of eligibility during his sophomore season in 1959. In that year he led SU to its only NCAA football championship.  Davis was at his best in hostile environments such as at West Virginia and Texas, where he scored when he was strongly advised not to. His team won, despite the squalid Jim Crow accommodations he and other black SU football players had to accept before an away game and the excessive beatings and hatred they had to endure on the field. Davis even challenged the racialized consciousness of his legendary coach West Virginia native Ben Schwartzwalder and his teammates on matters of race, respect, and equality. The game in which this was the most evident was in the Cotton Bowl at Dallas, Texas in 1960 in which number 1 SU played number 2 University of Texas for the championship.

Many people viewed this game as a metaphorical North v. South battle over integration and segregation. Davis’s white teammates, however, were concerned about how they would engage the color line in Dallas.  Would they protect Davis when he was being beaten after a play or would they ignore the physical abuse directed at him. They chose to stand up for Davis and against Jim Crow.  In the process they defeated Texas, 23-14. For his efforts, Davis was named All-American from 1959-61 and awarded the Heisman Trophy in 1961.

After graduation, Davis was the first pick of the 1962 draft. This gave the Cleveland Browns a dream backfield that included Brown at fullback. However, before the “Elmira Express” could launch, Davis was diagnosed with leukemia. Before his passing in 1963, Davis became a leading spokesperson for finding a cure for leukemia. He also recruited SU and NFL great Floyd Little, thus continuing SU’s legendary number 44 tradition. Finally, although Davis never played an NFL game, his number, 45, was retired by the Cleveland Browns posthumously for his outstanding contributions to football and American society.