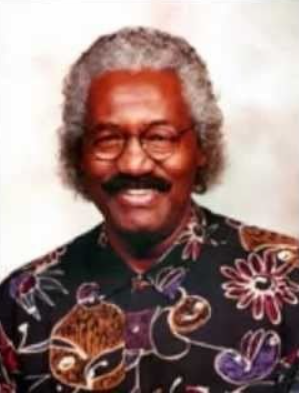 Pioneering computer scientist and mathematician David R. Hedgley Jr., hailed as the “Father of 3D Graphics” was born in Chicago, Illinois, on January 21, 1937, the son of David R. Rice Sr., a prominent Baptist minister and civil rights activist, and Christine Hedgley, a schoolteacher. His family moved to Florida when he was a toddler but eventually settled in Winston-Salem, North Carolina, where his father pastored a church from 1944 to 1972. A fascination with science led him to major in biology and chemistry at Virginia Union University where he graduated in 1959 with a bachelor’s degree, followed by a master’s degree in mathematics earned at Michigan State University in 1961.

Hedgley was a schoolteacher for a time before working as a mathematical statistician and computer programmer at the National Aeronautics and Space Administration (NASA) Ames Research Center at Edwards Air Force Base in California. In 1982 he wrote a technical paper titled “A General Solution to the Hidden-Line Problem” that explained what is popularly known as “Hedgley’s Algorithm.” Prior to his algorithm computers could draw only a limited number of one-dimensional lines. He devised a way by which computers could draw an unrestricted number of three-dimensional creations that could be viewed from various perspectives. Hedgley’s Algorithm meant NASA’s computers would perform more efficiently with less cost. And thanks to Hedgley’s major breakthrough, today we have superior 3D graphics to play games, movies, and other imagery on our computers.

At first other scientists and mathematicians were skeptical of Hedgley’s formula including those at the highly respected Lawrence Livermore National Laboratory. He submitted his theory to them a clear, transparent explanation in writing which finally persuaded them. He partly attributed the reluctance in the scientific community to initially accept his accomplishment to institutional racism. When the scientific/ technical community realized the giant step forward Hedgley had achieved in the realm of computer graphics recognitions soon followed. In 1983 he was the recipient of NASA’s Exceptional Engineering Achievement Award; in 1984 the Ames Research Center’s H. Julian Allen Award for pure research innovation that came with a cash payment of $5,000; and in 1985, NASA’s Space Act Award, at that time worth $7,000.

Hedgley continued working for NASA but transitioned from computer programming to solving mathematical conundrums. He authored numerous technical papers. In 1999 at the age of 62 he was responsible for yet another breakthrough innovation: the creation of an unusually complex algorithm (to the extent that new symbols were invented to help explain it) to route traces on a printed circuit board, thereby greatly reducing the time and expense involved in finding a route and structuring a support between electrical and circuit components.

In retirement Hedgley, a divorced father of two daughters, lives in Seal Beach, California. His twin sister, Christine Johnson, trained as a nurse, rose to the rank of Colonel in the U.S. Public Health Service.